Meet the 4 Texans vying for Arie's heart on 'The Bachelor' 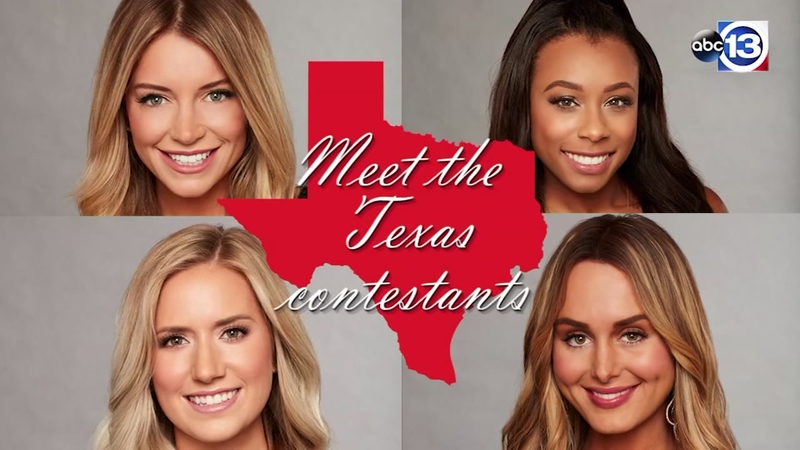 Meet the Texas contestants of The Bachelor

NEW YORK (KTRK) -- While there is no contestant from Houston on "The Bachelor" this season, four woman will represent the Lone Star state as they vie for Arie's heart.

There are four women named Lauren this season and two are from Texas! To make it extra confusing there is also a Jenny and a Jenna; a Rebecca and a Rebekah; and a Brittany and a Brittane.

WHO'S WHO: Meet the 29 women vying for Arie's heart on 'The Bachelor'


Lauren B., 25, is a technology sales person from Dallas. We hope she does as well as Lauren B. from Ben's season, who walked away with the final rose and a ring. When asked which law she would break, she said, "I wish I could drive as fast as I want."

She should be perfect for Arie, a one-time Formula 1 racecar driver.

Lauren S., 31, is a social media manager from Dallas. When asked what animal she would be, she said, "An otter because everyone loves you and you just swim around and cuddle all day. Goals."

Ali, 27, is a personal stylist from Dallas. When asked what fictional character she would be, she answered, "Wonder Woman! She has it all: strength, class, beauty and confidence!"

Brittany T., 30, is a tech recruiter from Austin. When asked what three people she would like to have lunch with (alive or dead), she said, "Beyonce, Hillary Clinton, Chris Evans."

Will Arie visit Texas for a hometown date?

"The Bachelor" season premiere will then be held on Monday, January 1st at 8 p.m. EST on The ABC Television Network.