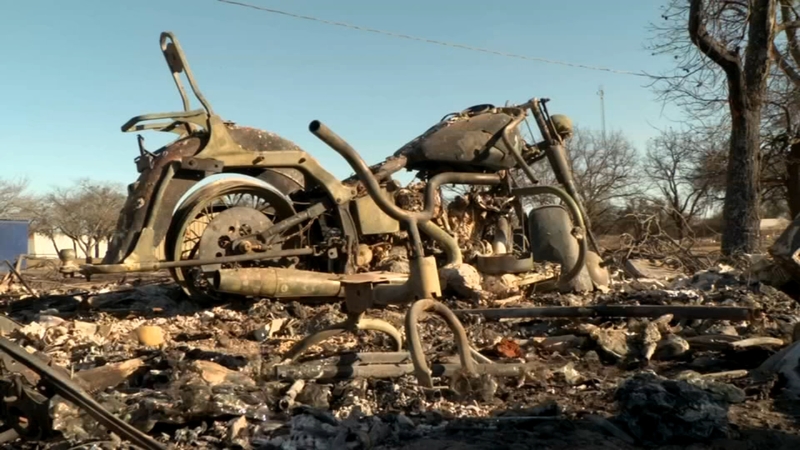 The Eastland Complex has burned about 85 square miles since a series of fires broke out last week in an area 120 miles west of Dallas. The fires were about 60% contained as of Monday night, up from 30% containment a day before, according to Texas A&M Forest Service.

The fire has burned 147 structures so far and led to the death of Deputy Sgt. Barbara Fenley, who died while going door-to-door telling residents to evacuate, officials said.

"The extreme conditions present across the state last week, greatly impacted several communities and the Texans that live there," said Wes Moorehead, Texas A&M Forest Service Fire Chief. "These communities endured significant loss and we grieve with you."

In Ranger, Texas, a man was arrested over the weekend on felony arson charges in connection with a fire that destroyed several structures, including a 103-year-old church, police said.

Seeing and smelling smoke? Smoke from wildfires across parts of Texas is being blown into our area. Here's the explanation from meteorologist Kevin Roth.