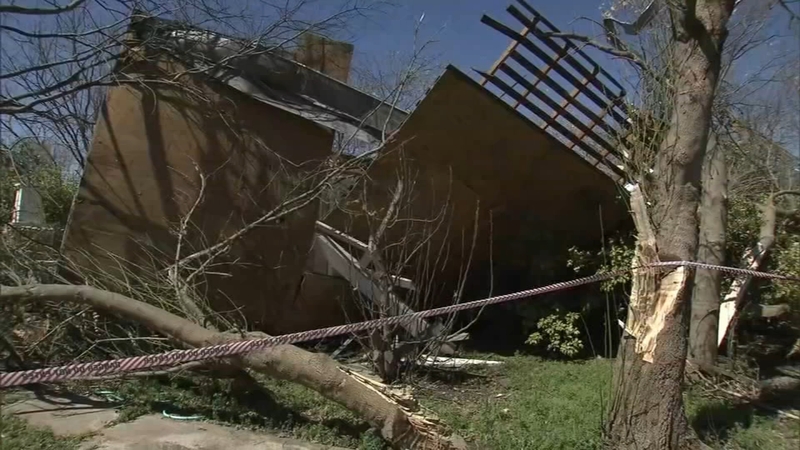 Gov. Greg Abbott issued a disaster declaration Tuesday for 16 counties after destructive tornadoes ripped through large swaths of Texas the day before and killed a 73-year-old woman.

The National Weather Service received reports of 20 tornadoes throughout Texas and Oklahoma on Monday. Abbott signed the disaster declaration after speaking at a press conference at Faith Community Hospital in Jacksboro. The tornadoes tore apart homes, schools and businesses in the community, as seen in Weather Channel drone footage. No injuries in Jacksboro were reported. Around 80 homes were impacted, Abbott said.

Hours later, he visited Crockett, a city over 100 miles northeast of Houston, to address the damage there.

The lone reported death in Texas from Monday's tornadoes is a woman from Grayson County who was killed when a tornado destroyed her home, according to NBC DFW. The North Texas TV station reported at least two dozen people were injured across the state as strong winds and tornadoes uprooted trees, destroyed homes and buildings, and damaged vehicles. State officials are encouraging Texans to report damages on the Texas Division of Emergency Management website.

The same storm system is shifting east Tuesday, according to The Washington Post. It could bring another round of tornadoes, hail and damaging straight-line winds in the Deep South.

Monday's storms came just before the beginning of peak tornado season in Texas, which runs from April to June.