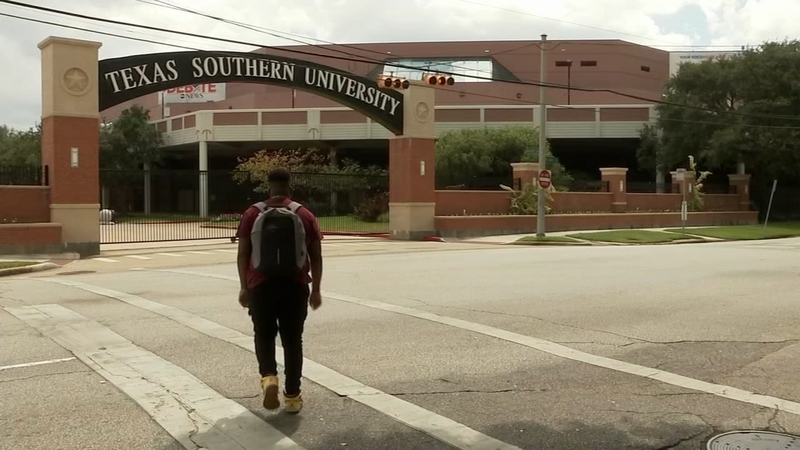 HOUSTON, Texas (KTRK) -- Businesses and neighbors are gearing up for what should be a busy Thursday in the heart of Third Ward.

Ten presidential candidates will be making their way to Texas Southern University for the third Democratic debate, and the surrounding community is prepping for the traffic, security and closures.

"Either you get out of here early or you're trapped," said Carlos Tiensey, who lives just a few doors down from the TSU campus.

The university along with law enforcement have announced several road closures beginning at 1:30 p.m. Thursday that will bring cars in those areas to a standstill. Along one of the closures sits the Complete Beauty Bar, off of Ennis and Cleburne Street, where both staff and clients have been buzzing about the event.

"It will affect us, the hours that we work, but for the most part, I think we will manage," said Tristan Fowler, a barber at the shop.

Fowler says he is not bothered by the closures, but is happy to see the students have the opportunity to witness history.

"On behalf of the band and the student body, it's an honor that Texas Southern was chosen because sometimes your university doesn't get the recognition you think it deserves," said Christopher Jones, a TSU student and head drum major of the school's Ocean of Soul band.

Jones plans to watch the debate at a campus watch party and is curious to hear California Sen. Kamala Harris speak.

"I think Ms. Kamala Harris will have the most impact here. Why? Because she is talking about student loan debt," he said.

The upcoming presidential election will be the first election where Jones can cast a ballot and says his classmates are excited for the debate, which he will have to miss a portion of in order to get to band practice.

"So we have to go all the way around, around the fencing, so that can be a hassle, but as my barber said earlier, it's for a good cause," Jones said.

For more information from TSU regarding the debate, click here.

The event will temporarily close the following streets between 1:30 p.m. and 11 p.m. on debate night.


If you are attending the debate in the H&PE Arena, below are some tips.

Eat a meal before you arrive.
There will be no food or snacks served inside the arena. There will be free water and small snacks available for those entering the security gates to the debate.

Plan to arrive early.
There will be significant security surrounding H&PE Arena and the immediate area, as well as multiple road closures. Magnetometers will be used to screen everyone entering H&PE Arena.

Prepare for a clear bag policy.
Clear bags should be no larger than 12"x6"x12". No backpacks or large purses allowed. Entry into the arena will begin at 4 p.m. and doors close at 6 p.m. The debate begins at 7 p.m. and concludes at 10 p.m.

Bring your handheld electronic device to display your e-ticket.
Paper tickets will be accepted for entry into the debate, but e-tickets are preferred. Your name will be included on your ticket, and you will need to present identification along with your ticket.

Wear layered clothing.
Houston in September can be very warm, even in the evenings.

Parking will be limited.
It is strongly suggested that you use a ride sharing service to make your way to the campus.

The Uber/shared ride drop-off point is at the intersection of Delano & Cleburne Street (2800 Cleburne St.)

Attendees with tickets to the debate can use the East Parking Garage (3500 Cleburne St.) and adjoining surface lot. It is recommended that you access this garage and lot from Alabama Street.

There will be a shuttle that will drop off attendees closer to the arena site. There will also be a park-and-ride location at the University of Houston (lots 12A and 12B - Cleburne Street & Scott Street)

Parking in each of these locations will be $20.

If you are attending the debate watch party in Sawyer Auditorium:

Plan to arrive early.
Parking will be limited and there will be a large security presence in the area. It is strongly suggested that you use a ride sharing service to make your way to the campus.

Attendees with tickets to the watch party can use the East Parking Garage (3500 Cleburne St.) and adjoining surface lot on Cleburne Street between Sampson and Tierwester.

It is recommended that you access this garage and lot from Alabama Street. There will also be parking available at the University of Houston (lots 12A and 12B - Cleburne Street & Scott Street)

Parking in each of these locations will be $20. Again, a ride sharing service may be the best way to get to campus.

This event has open seating. Doors to Sawyer will open at 6 p.m. The debate broadcast begins at 7 p.m. However, there will be a short pre-debate program that begins approximately 20 minutes before the debate starts. This will be shown at the watch party.