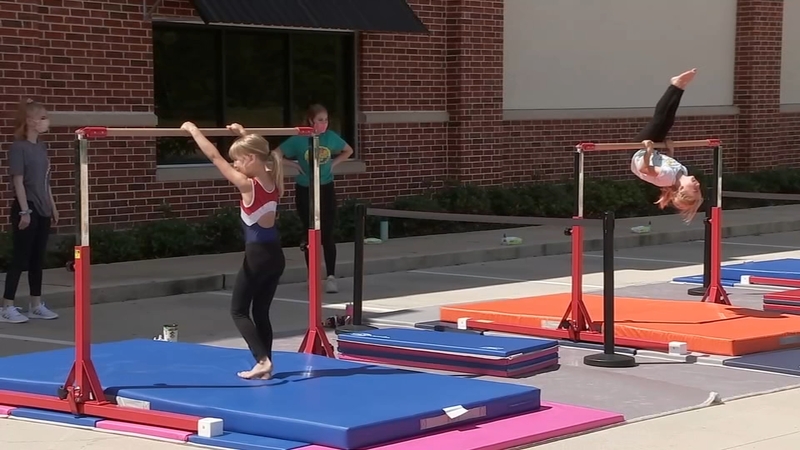 When shut down orders went into effect in Fort Bend County, Olympia complied and closed the 30,000 square foot facility. When Governor Greg Abbott announced businesses could re-open, the staff put their heads together and found a way to be fun and safe.

"We had a lot of our parents reach out to us and ask us if we were going to be offering anything, so we got together on Zoom with my staff and started to put together some creative ideas and we said 'you know what, we have a huge parking lot with lots of equipment. We can really space these kids out outside,'" owner Brett Dodd said.

Each child has their own separate workout area and mat, which is sanitized between each use. They're working on a hands-off four to one instructor to participant ratio, and so far, it's working out beautifully.

What's even better? Parents are allowed to monitor from a distance.

"This is great because it gets them out of the house, and the way they have it set up with the barriers - 10 feet across, not six feet across. This is the best," Clark said.

Right now, Olympia is holding class three days a week, and has staggered pick up and drop off times, so kids don't have to wait next to each other. Dodd said it's the least they can do.