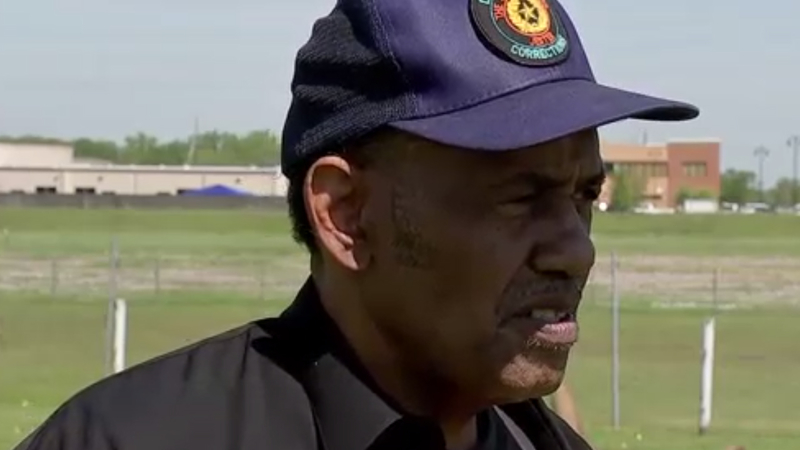 AUSTIN, Texas (KTRK) -- A Republican who has led the Texas Legislature's House corrections committee for years is asking the state to rename prisons that honor slave owners and those tied to convict leasing, a system where Black people were funneled into the prison system and then leased out to private industries for unpaid labor.

State Rep. James White said Friday he is asking the Texas Board of Criminal Justice to rename several prisons and, in an interview with The Texas Tribune, specifically named the Darrington, Goree and Eastham prisons.

There are 99 state prisons and jails in the state, at least several more of which are named after people with racist and sometimes violent histories, according to The Marshall Project.

"We've got correctional officers who have lost their lives, we've got crime victims that have contributed immensely to good victim's rights advocacy, board members that have served and promoted good policies," White said. "I just think there are other Texans that we can probably associate a name with a unit."

The Darrington Unit, which imprisons about 1,700 men in Brazoria County, was named after John Darrington, from Alabama, who White called a "plantation mega owner." He sold the land the prison sits on to Texas after slavery was abolished, White said. Today's inmates at the unit, mostly Black or Hispanic men, still harvest cotton without pay.

Thomas Goree, the namesake of a Huntsville prison, was a former slave owner and Confederate captain who became one of the first superintendents of a Texas prison, The Marshall Project reported. He was closely tied to the convict leasing program that killed thousands in Texas. The Eastham Unit is named after the landowners who bought Goree's family plantation about 20 miles north of Huntsville and then used it for convict leasing, according to The Marshall Project.

A spokesperson for the Texas Department of Criminal Justice did not immediately respond to questions on renaming prison units. White said he had already talked with the prison system's leadership.

White said he began researching the prison names last year, and reached out to the prison system because "words matter." Last year, the death of George Floyd, a Black man who died after a white police officer knelt on his neck for several minutes, prompted a surge of protests against racial injustice and led to broader discussions nationwide on racism.