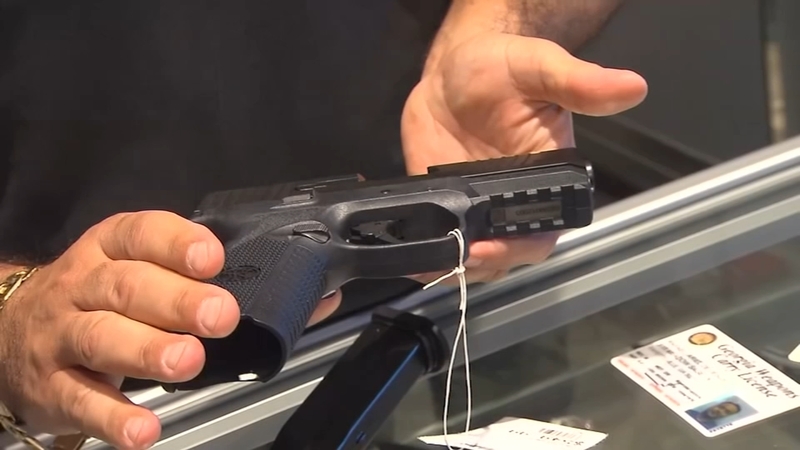 HOUSTON, Texas (KTRK) -- In case lawmakers in Austin vote on constitutional carry legislation, a group of religious leaders from across the state spoke out against it.

The bill, known as HB 1927, passed the House and could allow Texans to carry a handgun in public without a license.

In case the Senate votes, a group of religious leaders from across Texas made their voices heard on Wednesday.

"House Bill 1927 cannot be allowed to pass when we follow God's most basic law, to preserve and protect the lives of God's beloved," said Pastor Jessica Cain.

The Network of Texas IAF organizations said it's concerned about growing gun violence. It worries that allowing anyone 21 and up to be able to carry a handgun without training will make the gun problem worse.

"I'm very concerned about people who are not trained to respond to a situation in a large group of people pulling out their guns and killing people in the crossfire," Bishop Mark Seitz explained. "I think it makes our churches much less safe."

But not everyone agrees. Bill Cawthon of the Republican Liberty Caucus said making Texans take the license to carry course doesn't change much.

"I'm sorry, I know the Houston Police Officer Union said 'How do we know they're going to be proficient?' If they've had two hours of handgun training, they're not proficient," Cawthon explained.

Cawthon points to the fact Texans can already carry a rifle or shotgun in public. He said although training wouldn't be required, he believes most would still seek it.

With gun violence on the rise in Houston, and around the country, this group of religious leaders doesn't feel the time is right.

"We're burying our kids, not because of natural death but, because of gun violence," Reverend Darryl Croom said.

"You'll find no scripture that will support this type of legislation," Pastor John Ogletree explained.

With about a month left in the legislative session, religious leaders wanted to make that point ahead of any vote.