By Patrick Svitek and Shawn Mulcahy, The Texas Tribune 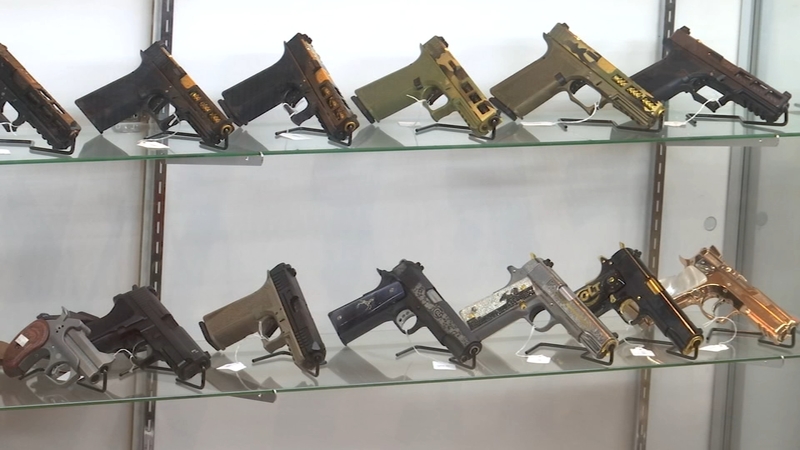 Legislation to allow permitless carrying of handguns appears headed toward the floor of the Texas Senate next week, and Lt. Gov. Dan Patrick says he is "optimistic" about its chances of passing even though he is still rounding up the votes.

"We're gonna come out with a strong bill, and I'll believe we'll pass it because we brought people together," Patrick told conservative radio host Dana Loesch on Thursday afternoon. "And hopefully it'll be on the governor's desk soon, and we'll get it signed."

Patrick did the interview while a new Senate committee had a hearing on a bill that the House passed earlier this month to allow permitless carry. The chair of the committee, Republican Sen. Charles Schwertner of Georgetown, opened the hearing by saying he intended to "pass this bill out of committee today and on to the entire Senate next week."

Patrick told Loesch he still did not have the 18 votes required to open the debate on the Senate floor but that he was making progress. He said he started off with roughly six Senate Republicans supporting HB 1927, six opposing it and six unsure. He now has "12 votes, maybe 13," for the proposal, he said.

SEE ALSO: Texas House gives initial approval to 'constitutional carry,' which would allow people to carry a gun without a license

There are 18 Republicans in the Senate. Bringing the bill up for a vote to start debate would likely force any Republicans opposing it to cast a public vote against it - and potentially face the wrath of gun rights groups pushing for the measure.

There could be at least one Democratic vote in play: Sen. Eddie Lucio Jr. of Brownsville. He is one of two Democrats on the new Senate panel, and he began the hearing by raising questions about HB 1927 but not expressing outright opposition. Patrick said he did not know if Lucio and the other Democrat on the committee - Sen. Juan "Chuy" Hinojosa of McAllen - would "cross over and vote for this bill, but we'll see."

Pressure has been mounting on the Senate to act after the lower chamber passed HB 1927 in a breakthrough moment for gun rights activists, who have seen the cause not make it nearly as far in previous sessions. Patrick made clear at the start of last week that the Senate did not have the votes for the proposal but that he would try to find a path to change that. He got to work days later, creating the Senate Special Committee on Constitutional Issues - which includes a majority of "constitutional carry" supporters - and referring HB 1927 to the panel.

Permitless carry backers saw another burst of progress Tuesday, when Gov. Greg Abbott said he would sign a permitless carry bill if it made it to his desk, breaking his silence on an issue that he dodged a week earlier.

Key to the bill's chances of Senate passage are likely six proposed amendments that Schwertner presented at the hearing earlier Thursday, suggesting they make the proposal more palatable to law enforcement. The committee does not plan to adopt the amendments before voting out the bill, but Schwertner said he was making them known to get discussion going ahead of potential floor debate.

The changes would, among other things, enhance penalties for people with felony convictions who are caught carrying handguns and strike a provision of the bill that would have barred law enforcement officers from profiling a person based on whether they are carrying a handgun.

Ray Hunt, executive director of the Houston Police Officers' Union, told the committee that his organization is taking a "cautious neutral" position on the bill and will wait to see which amendments are adopted. The current permitting process works, he said, and without significant changes to the proposal, the union is a "hard no."

"If this bill is blocked on the Senate floor, there's not one police officer that's going to be screaming and hollering that's been up here today," Hunt said.

Patrick mentioned the importance of the proposed amendments to Loesch, saying he believes they are acceptable to "90% or 95% of gun owners" and, if adopted, could create a national model for a permitless carry proposal backed by law enforcement.

But even as he gave his most optimistic outlook yet for permitless carry in the upper chamber, Patrick cautioned that the votes were still coming together. At one point, he suggested he was contemplating a last-resort procedural maneuver if he cannot convince enough Senate Republicans to vote to bring HB 1927 to the floor.

The Texas Tribune is a nonprofit, nonpartisan media organization that informs Texans - and engages with them - about public policy, politics, government and statewide issues.
Report a correction or typo
Related topics:
politicstexastexas politicstexas newsgun safetygun lawstexas tribuneguns
TEXAS TRIBUNE
Man who sold weapon to Colleyville synagogue standoff suspect charged
Texas agriculture commissioner suing to stop aid for Black farmers
Inside Texas hospital battling omicron: 'We're about to catch on fire'
Is is too late for the Ike Dike to be built?
TOP STORIES
Daylight shows home destroyed after standoff with shooting suspect
What we know about man accused of shooting 3 HPD officers
Clouds clearing today, sunny through the weekend with rain next week
5 people charged in connection with Pct. 5 corporal's murder
How many times can I reuse my N95 mask?
Decades after TV anchor disappears, convicted rapist denies connection
Driver dies after slamming into 18-wheeler's trailer on US-59
Show More
Woman shot in the shoulder during robbery set up in SW Houston
Prepare for a major closure at I-69 and 610 West Loop this weekend
Officers escort body of corporal killed in ambush to funeral home
ABC13 obtains HPD scanner traffic of chase that led to shootout
'Tiger King' Joe Exotic resentenced to 21 years in prison
More TOP STORIES News