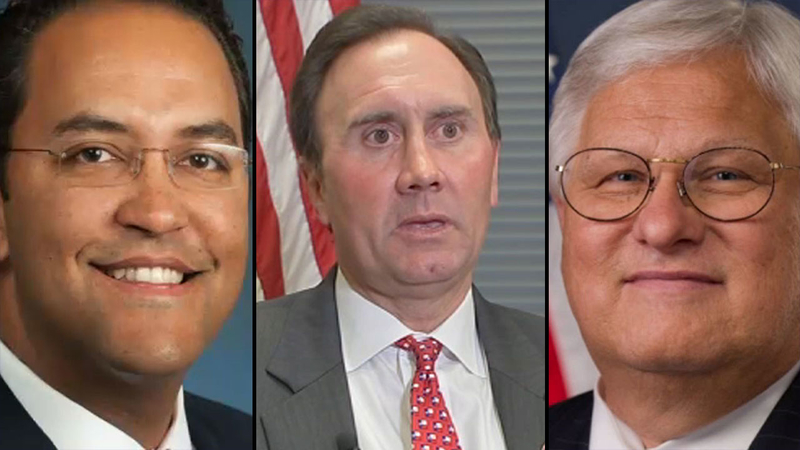 What's behind the 'Texodus' of Congressional Republicans?

HOUSTON, Texas (KTRK) -- Pete Olson is a six-term member of Congress. His current will be his last.

For the first time on Monday, he sat down for a television interview about the difficult decision to not seek reelection.

After winning election in 2008, the Navy veteran and former senate staffer spent more than a decade representing his community in and around Fort Bend County. With older family members ailing, he wants to help his wife who's supported him for so long. It's time for a change.

"It's time for me to come home and take care of the family first," Rep. Olson said. "It's a big change. I'm a little nervous about it because it's change. But I'm excited to be home."

Olson says of his years in office, he's most proud of the Tax Cuts and Jobs Act of 2017. He hopes Congress will make them permanent before he leaves office in Jan. 2021.

"Our economy is booming," he said. "I'm proud of that. I'm also proud to lead the American energy renaissance."

As for what's next, Olson isn't sure. He's looking forward to spending time with his family, running errands, and building a new house for the first time. Still, he'll miss representing his community, his state, and his country.

"Texas should be proud of their delegation," he said. "We play team ball for Texas."

That delegation is changing though. Olson is one of four Texas Republicans not seeking reelection.

Olson faced a tough reelection bid in 2016. So did Texas Republicans Will Hurd and Kenny Marchant. Along with Mike Conaway, all four have said they won't campaign in 2020, leaving their seats up for grabs.

Some are calling the unprecedented string of retirements "Texodus," especially after then-Texas Rep. John Culberson lost his seat to Democrat Lizzie Fletcher in 2018 and Ted Poe retired. Republican Dan Crenshaw did win that seat.

Texas still has 23 Republicans to 13 Democrats in Congress.

Mark Jones, a political science fellow at the Baker Institute at Rice University, said Texas is changing with every election cycle.

"One thing it says is it's no fun being the minority in Congress," Jones said. "Texas is becoming more purple, and districts like Kenny Marchant's up in Dallas/Ft Worth and Pete Olson's down here in Houston, they used to be reliably red are now very competitive."

Olson said politics has nothing to do with his decision and he can't speak for the others. But he does acknowledge the diversity in his district and in southeast Texas, which he calls a strength for a region he represented for six terms.

"These people are such good people," Olson said. "Being their voice in Congress for 12 years is an honor I'll never, ever forget. I never earned it, but I did my best."