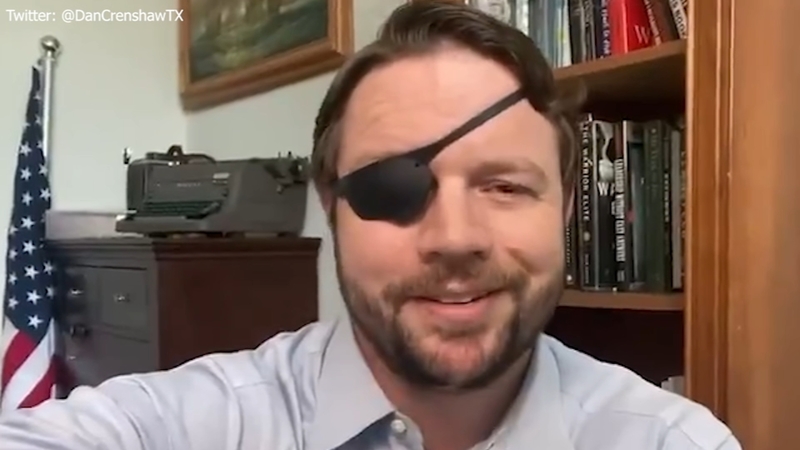 Rep. Dan Crenshaw back at work after emergency eye surgery

Earlier this month, Crenshaw shared on Twitter he would be "off the grid" for a while after having surgery to repair a detached retina. He had announced that the operation went well but that he would be blind for a month.

In a most recent update, in good spirits, the congressman shared his experience with his followers to give a glimpse of what he's seeing.

"I'm still alive. Still doing okay. Still can't see yet very well," Crenshaw said in a video. "Imagine putting on a dive mask, and of course blocking out half of it, and inject some kind of bubbly soapy solution into it so you're seeing through bubbles, and add Vaseline to the outside for good measure - that's sort of what I see."

Crenshaw adds that he has gone to various follow-up appointments by now and doctors are optimistic that his vision will return.