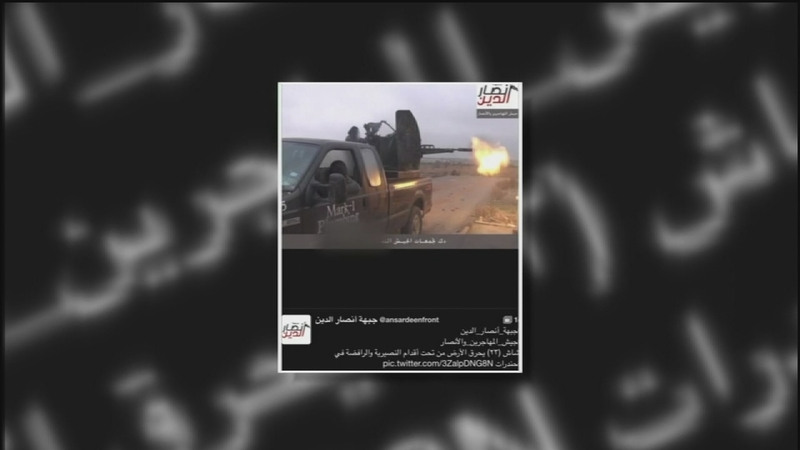 TEXAS CITY, TX (KTRK) -- A pickup truck once owned by a Texas City plumbing company has wound up in the middle of the Syrian civil war converted into an anti-aircraft gun in the back.

A photo of the Ford F-250 was posted on Twitter yesterday by an Islamic militant group. It clearly shows the logo of Mark-1 Plumbing along with its phone number. In the bed of the truck is a fighter firing an anti-aircraft gun. The picture is accompanied by a tweet stating the militants' progress.

Ever since the photo was made public, the company has reportedly been inundated by phone calls, some of which are threatening.

Mark -1 traded in the truck last Fall, according to a spokesman for car dealership AutoNation. Marc Cannon told Eyewitness News since the truck was so old-2005-and had so many miles on it-172,000, it immediately went to auction. From there it was sold to a Southwest Houston company and could have been sold many times over in the year since. Cannon says AutoNation wasn't responsible for removing the company's logo.

"The dealer isn't going to take the time to take it off unless they're looking to re-sell it themselves," says Bill Lang, a sales manager with Brazelton Auto, who never bought or sold the truck.