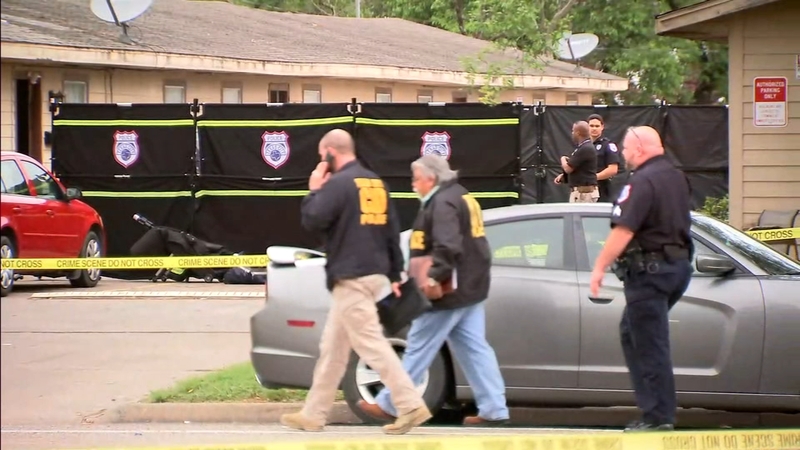 Around 4:15 a.m. Saturday in the 400 block of 5th Ave. North at an apartment building, a 20-year-old woman called police and said she and her 19-year-old boyfriend had been shot inside an apartment.

Three men forced their way inside the apartment with guns and started shooting, the woman said. Her boyfriend also fired shots, but was hit and died. The woman was injured with gunshot wounds to her head and hand.

The three men then fled the scene. While investigating outside the apartment, officers found a young boy with multiple gunshot wounds. He was transported to UTMB.

At the same time officers were responding to the home invasion, Texas City Police Department received another call about a motor vehicle accident at 10th Street and 4th Ave South. The caller said the driver appeared to be shot and a handgun could be seen inside.

Officers arrived to find the man dead. They believe the man was one of the home invasion suspects.

A passenger who was in the wrecked vehicle was taken to HCA Emergency Room at 33rd Street and Palmer Hwy by someone who came upon the accident scene.