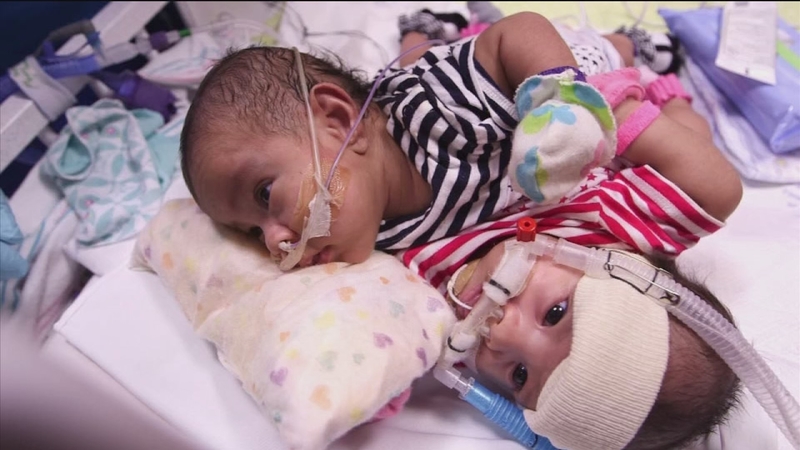 HOUSTON (KTRK) -- We are getting our first look a pair of conjoined twins born in April at Texas Children's Hospital.

Doctors say Hope and Faith weighed three pounds, seven ounces each and were delivered by Cesarean section at just 31 weeks.

"You don't want to put them down, you just want to hold them forever. It's nice," said their mother, Elysse Mata.

At an appointment to find out the sex of her twins, Mata discovered her babies were conjoined. The Lubbock family moved to Houston for care at Texas Children's Pavilion for Women.

Now, nearly five months after their birth, the twins weigh over 10 pounds each. Doctors say they are doing well but are still on some form of support for breathing. They share a liver, a diaphragm, intestines and the lining of their heart.

"Their advances in their development have actually been pretty good which is hard when you are kind of plastered up against someone else who is your sister," said Dr. Stephen Welty, chief of neonatology at Texas Children's Hospital.

Doctors say they want the twins to grow a little more before they can undergo a separation surgery. They hope it could be performed by the end of the year. 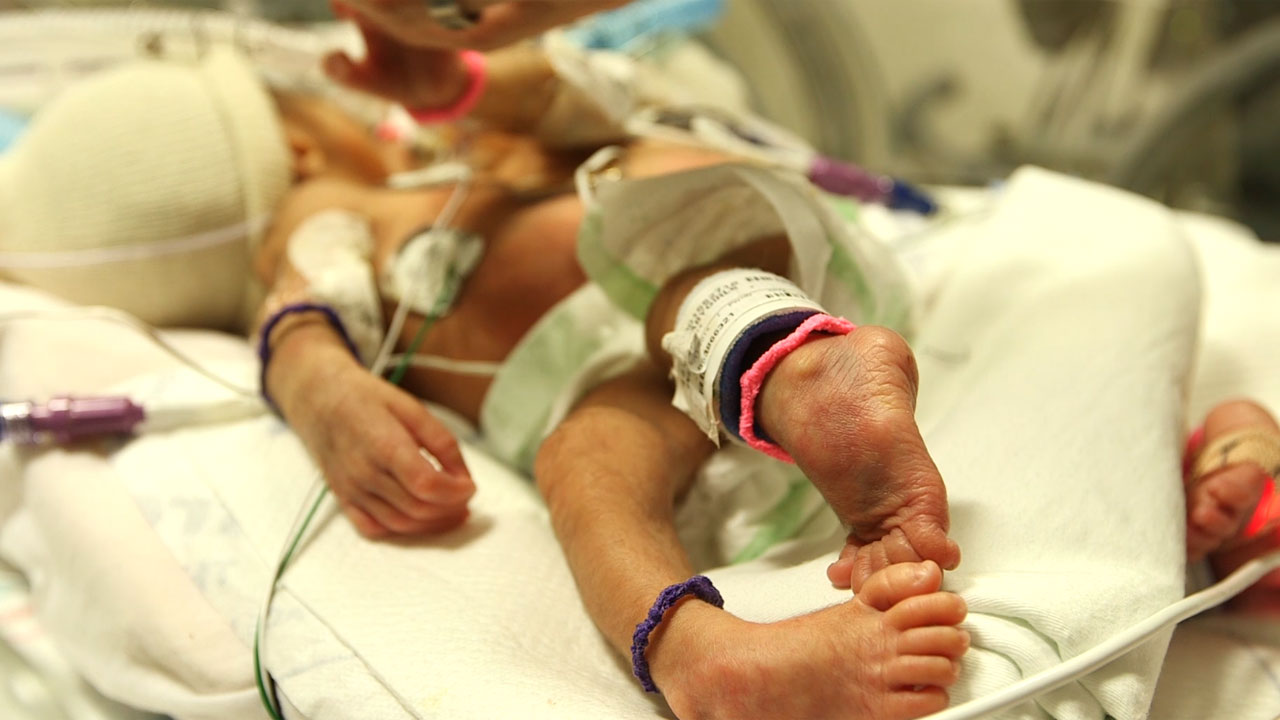