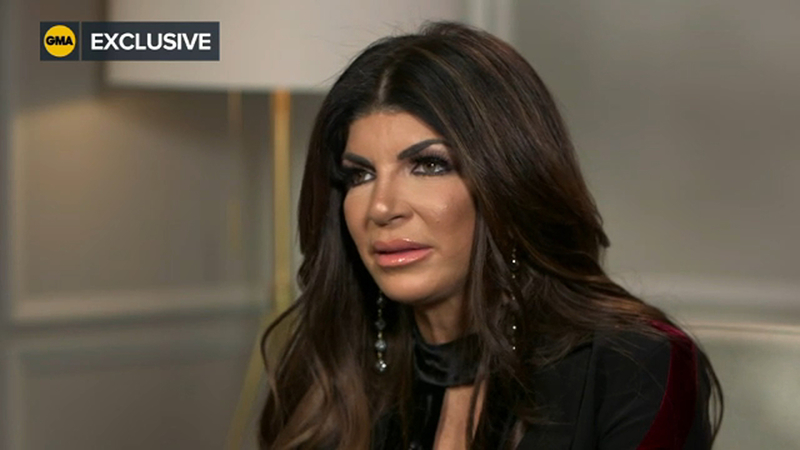 Teresa Giudice speaks out on GMA about seeing husband Joe

NEW YORK -- In an ABC News exclusive, Teresa Giudice is talking for the first time about reuniting overseas with her husband Joe, who was deported.

"Is he at peace, does Joe seem like he's at peace?" Paula asked.

"He said he cried, after we left he cried the whole day, he said," she said. "Just missing his daughters. He said he was so sad."

The couple has four daughters, and they vacationed together in Italy.

Though Joe Giudice opposes his deportation, he asked a court to allow him to relocate to Italy during the fight.

The couple pleaded guilty in 2014 to financial fraud, and Teresa Giudice served her sentence first and was released in December 2015.

Joe Giudice has been held by immigration officials since he completed his 41-month prison term. A judge ruled that he would be deported upon completion of his sentence.

Giudice has said he came to the U.S. as an infant and wasn't aware he wasn't an American citizen.

As for their relationship, Teresa said it's "to be determined." She added that they're taking it day by day.