What to watch November 2021: On The Red Carpet previews new shows, movies 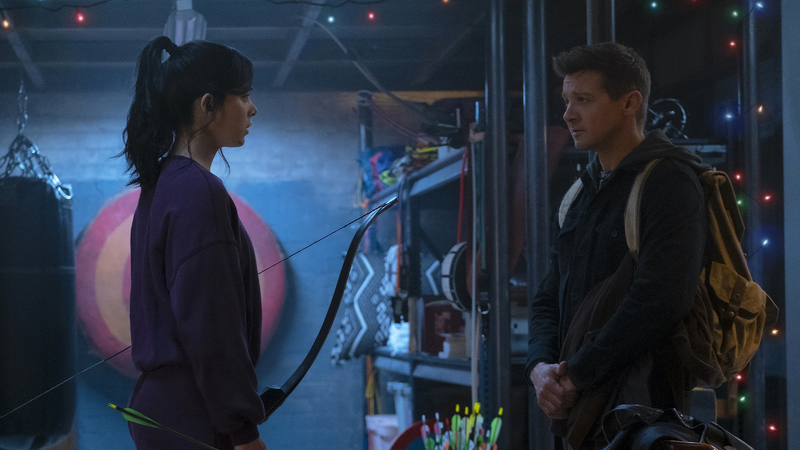 From awards ceremonies, to new shows, to holiday-themed programming, On The Red Carpet has your first look at what's coming to TV and streaming this November.

November is a month full of music on ABC as the 55th Annual CMA Awards will air live on Nov. 10. Then on Nov. 21, fans can see who score the top honors during the 2021 American Music Awards.

RELATED | See who's performing at the 2021 CMA Awards on ABC

On Nov. 12, Disney+ is celebrating its second birthday with tons of new offerings. Not only will it mark the streaming debut of Marvel Studios' "Shang-Chi and the Legend of Ten Rings," but summer hit "Jungle Cruise" will also be available to all Disney+ subscribers that day. Original movie "Home Sweet Home Alone" will also premiere on Disney+ Day along with new original shorts series "Olaf Presents" and two specials (one celebrating Star Wars' legendary bounty hunter Boba Fett and another celebrating the Marvel Cinematic Universe).

Watch the trailer for "Home Sweet Home Alone," which will premiere on Disney+ for Disney+ Day on November 12.

Marvel fans will also have a new adult animated series to enjoy with "Hit-Monkey," premiering Nov. 17 on Hulu.

For fans who have more of a taste for fashion, they can catch "The Curse of Von Dutch," which chronicles the unbelievable story behind the rise and fall of the 2000's most iconic fashion trend, debuting on Hulu Nov. 18.

"Taste the Nation" with Padma Lakshmi will return to Hulu on Nov. 4 with a special four-part holiday edition, which will highlight unique traditions through the lens of different immigrant cultures.

Speaking of food, there will be tons of new TV to enjoy on Thanksgiving weekend. Marvel Studios' series "Hawkeye" promises some action-packed holiday fun and will debut its first two episodes Nov. 24 on Disney+. The three-part docu-series "The Beatles: Get Back," which takes an intimate and honest look at the iconic band's creative process, will premiere Nov. 25 on the streaming service.

There's also something for sports fans to look forward to, as NFL star Tom Brady's story will be featured in "Man In The Arena," debuting Nov. 16 on ESPN+.

Things will heat up with National Geographic's "The Hot Zone: Anthrax," which focuses on the 2001 anthrax attacks. The anthology series will premiere during a three-night event over Thanksgiving weekend, beginning Nov. 28, and will be available to stream on Hulu.

You can watch "On The Red Carpet: November Preview" on these ABC Owned Television Stations:

RELATED | What to watch this October: On The Red Carpet previews new shows, Halloween programming