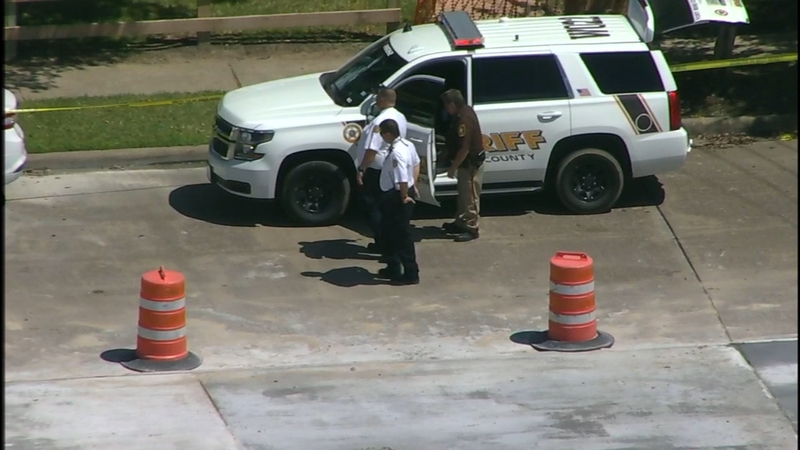 RICHMOND, Texas (KTRK) -- A 16-year-old boy has died and another 16-year-old is in custody after a shooting at a pocket park in the Tara subdivision.

The victim, a student at George Ranch High School, was found by some friends in the park. He had gunshot wounds to his cheek and chest.

A 16-year-old has been taken to the hospital after a shooting near a Lamar CISD elementary school in Fort Bend County.

An air ambulance rushed the teen to the hospital for surgery. Deputies initially said he was expected to survive, but was declared dead late Thursday afternoon.

The victim has been identified as Matthias Konrad, 16. https://t.co/9kXRzf6WKT

"The father has been cooperative," Major Chad Norvell told reporters Thursday. "He gave us consent, but we're waiting for a search warrant just to be safe. The weapon is in the house."

Deputies believe a small handgun was used in the shooting. The motive is not yet known.
"This isn't the kind of thing we expect in our neighborhood," neighbor Robert Linn said.

Update: Victim is 16. He is alive and was transported by airmed. No suspect in custody and no description to release. LCISD is not yet in session. Media stage at Tara Blue Ridge/Savannah Moss. 1440 https://t.co/ntSEf9lsM9

The shooting happened near William Velasquez Elementary School in Lamar CISD. Fortunately, classes are not yet in session.