Tracking teen smartphone activities? There's an app for that 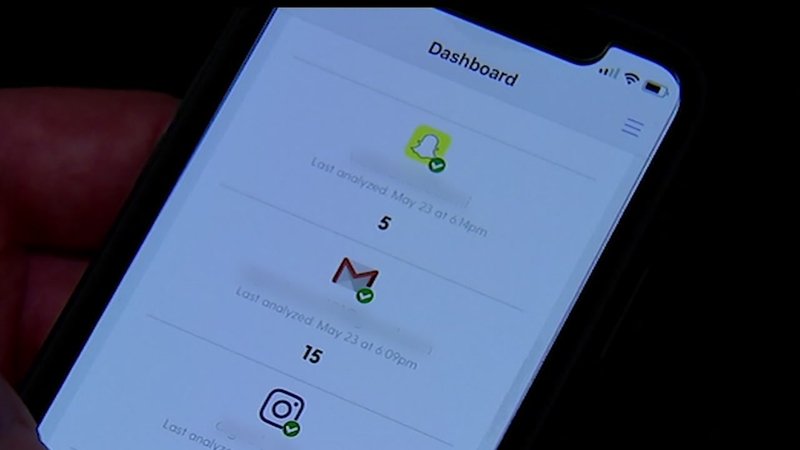 From credible threats made in schools, to teen suicide. There's now an app that detects incidents like these, giving busy parents the ability to see what their teens are saying on their smartphones.

It works by sending an alert if something questionable is sent or received on their kid's device. Local parents here say it's been a game changer.

Scott Fitzharris, a father of two, has been using the Bark app for almost a year now.

"It catches a lot of things that we weren't even necessarily thinking of," Fitzharris said.

Nathan Smith uses it for his daughter as well.

"It gives me peace of mind. It helps me monitor my daughter's activity on her phone while at the same time, preserving some of her privacy," Smith told us.

Available for iPhone and Android, Bark uses algorithms to look for a variety of potential threats within text messages, emails, and social media, including cyberbullying, sexting, drug-related content, signs of depression or suicide, and online grooming.

Bark's Chief Parent Officer Titania Jordan says the system picks up on those red flags and sends parents an alert via text or email with the issue, along with recommended steps to address it.

"There are many nuances to teen and 'tween' language that includes Gifs, emoji's, images, memes, audio, video and our algorithm scans for all of that. Whether they're talking about dabbing, Juuling, or Netflix and chill, we know what they're actually talking about, thanks to the algorithm," Jordan explained.

To date, 30 families have contacted the makers of Bark to let them know it saved their child's life. The app has also detected 12 school shooting and bomb threats. When those events are flagged within the algorithms, Bark escalates those to the FBI and proper authorities.

Houston Crime Stoppers CEO Rania Mankarious says an app like this is a must-have for any busy parent.

"Any tool that can help us figure out and give us those clues that we need to unlock, as to a child that's not communicating, what's really going on is not just critical, it's essential right now. It is an assistance to being our eyes and our ears in area and in a space where we don't have the capabilities to be as expansive," Mankarious said.

"It has unquestionably given us the opportunity to help raise more responsible kids, and really make sure that what they're doing in the digital age is appropriate," Fitzharris said.

Bark is free to try out for the first month, and $10 a month thereafter. That covers one or multiple phones which is great for families with multiple kids.
Report a correction or typo
Related topics:
technologyparentingsocial mediaapp
Copyright © 2021 KTRK-TV. All Rights Reserved.
More Videos
From CNN Newsource affiliates
TOP STORIES