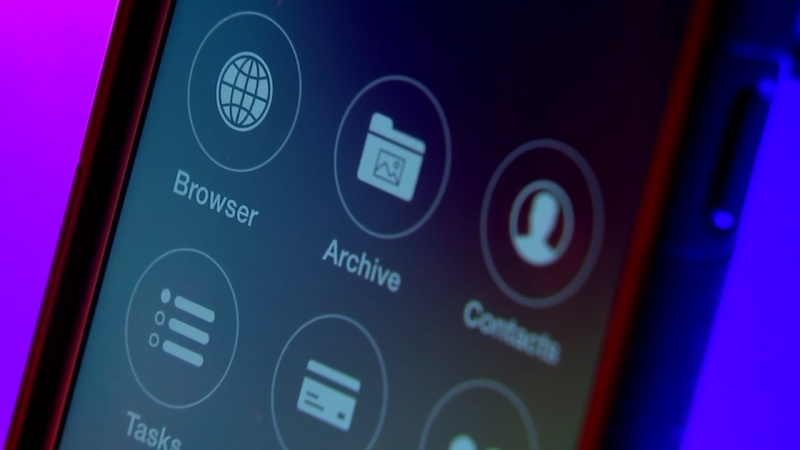 HOUSTON (KTRK) -- A new warning is being issued for parents with teens and smartphones. Do you know what's on your child's phone? There are apps disguised as calculators or phone settings, but they're actually digital vaults that help keep certain files and photos hidden.

"You're always wondering, what do they have access to?" parent Jack Dean said.

Several free apps are giving teens access to a secret folder on their smartphone.

"We insist that we have access to all their stuff. We have their passwords so we can see what they're doing," Dean said.

But this day in age is that good enough?

"We realize that kids are not 1, but 10 steps ahead of their parents in terms of technology. So parents have to be on guard and become familiar with what's going on," said Rania Mankarious, executive director of Crime Stoppers of Houston.

Mankarious says there are many smartphone apps parents need to be aware of. Some of the popular ones like Calculator Percent, Ky-Calc, or Best Secret Folder -- they're disguised as a fully function calculator or utilities folder. But when a secret pass code is entered, it unlocks a whole new gateway for your child.

For example, the Ky-Calc app has a secret web browser, a hidden folder for images, even a separate contact list parents would not be aware of. So how do you know if your child has this on their phone?

"Just do a quick search of apps that they purchased, free, downloaded, whatever the case may be," Mankarious said. "We do our best to protect them, but if we're not up to date with technology, we really, really can put them in harm's way."

And the dangers could go far beyond secretive texting and image sharing with friends.

"There are child predators who know about these apps, and try to engage with your child. Take them offline and say hey, download this app, we can communicate that way, no one ever has to know," Mankarious said.

Mankarious says it's extremely important to constantly communicate with your kids to help them fully understand the ramifications.

"What you need to do now is pull from media. Pull from local stories you see, locally in Houston, or across the country where kids have engaged in any type of online behavior that's been irresponsible or dangerous. And show them what can happen," Mankarious said.