It's not just COVID-19: Why Texas faces a teacher shortage

With the start of the school year weeks away, Texas school districts continue to carry a tune that has gone on for a while: teacher shortages.

Over the last two years, Texas' public education system has been through the wringer, from shifting to online classes and debates about making masks mandatory to the ongoing tensions over how race and sex should be taught in schools to, most recently, the renewed discussion over school safety in the aftermath of the mass shooting in Uvalde where 19 elementary school students and two teachers were killed.

Teachers have been at the front lines of all of these issues - and it's taken a toll on them. Texas has long had a teacher shortage, but the consensus is that the pandemic has made it worse, pushing teachers to their limits and out of the job.

Issues like receiving low pay, being overworked, having bad benefits, worrying about their health during COVID-19 and being caught in the middle of Texas' culture wars have had a negative effect on the workforce.

To top it all off, Texas ranks as one of the worst states for teacher retirement. Retired Texas teachers have not received a cost-of-living raise since 2004, and it's getting worse as inflation rises.

The combined effect of all of the above is that educators are leaving the field in droves. Most of them are new, early-career teachers.

So what exactly does the teacher shortage mean for Texas? How does the state estimate the optimal number of teachers needed, and how does the shortage affect the public education system? And what is being done to fix it?

Here's what you need to know about the state's teacher shortage.

What does the teacher shortage in Texas look like?

The Texas Education Agency says there is no statewide definition for what constitutes a teacher shortage, but it knows the state is going through one.

The agency collects data every year about how many teachers get certified, how many are employed and how many leave their jobs.

A major indicator that points to a shortage now is the state's attrition rate, which tracks the number of teachers who have left the field in any given year. The rate suggests that retaining teachers has become difficult and schools are having to refill positions on a yearly basis.

"We have a lot more teachers leaving the profession, which is creating a lot of additional vacancies," said Kelvey Oeser, TEA's deputy commissioner of educator and system support.

"We saw teacher attrition go up," Oeser said. "What we don't know is [if] it's going to level out again, or are we going to see it continue to go up?"

Teacher retirement is up as well. About 8,600 teachers retired in fiscal year 2021, an increase of about 1,000 teachers from the previous year. The data for 2022 is not yet available, so it remains to be seen if teacher retirements will level off. Texas has been averaging about 7,500 retired teachers since the 2018 fiscal year.

But not everyone who is getting certified ends up going into teaching, TEA data shows. And while Texas is producing teachers, Oeser said it is also losing them at a high rate. Schools are struggling with open positions that they have to fill year after year.

Oeser also said most of Texas' educators get certified through alternative programs and are more likely to leave than teachers who went to more traditional four-year schools.

In Texas, people who want to become teachers but did not get a degree in education can do so in about a year through the state's alternative certification program. They are placed in a classroom under an intern certificate before getting fully certified as a teacher.

It is unclear why teachers who become certified through alternative programs leave the profession at higher rates - some have speculated they do not receive the same amount of support as educators who go through four-year programs - but during a State Board of Education meeting on June 15, TEA data showed that "if teachers prepared in alternative certification programs were retained at the same rate as teachers prepared in traditional programs, over 3,700 fewer new teachers would have been needed last year."

"We are really thinking about how we improve the preparation of our new teachers so that those new teachers are more likely to stay and we will have fewer new teachers that we need to replace year over year," Oeser said.

Why are teachers leaving?

Over the last year, The Texas Tribune has spoken to several teachers and reported about why they've decided to leave the profession.

In a Charles Butt Foundation poll of 919 Texas teachers last year, 68% said they seriously considered leaving the profession in 2021, an increase of 10 percentage points compared with the year before.

In the same poll, teachers said they felt undervalued and underpaid. The average pay for teachers did not increase between 2010 and 2019; instead, it decreased from $55,433 to $54,192, according to a University of Houston report released this year.

In February, a Texas American Federation of Teachers survey of 3,800 of its members found that 66% of educators throughout Texas said they have recently considered leaving their jobs.

"Teachers have been working through this pandemic for like a year and a half, had to make the switch to virtual and then come back [in person]," Oeser said. "It was a really difficult time and the economy heated up, so there's a lot of additional opportunities outside of teaching that were options for folks."

Gordon Mock, a former teacher, left the profession after just two years on the job. He taught elementary in the Spring Independent School District, near Houston, until 2018. He thought teaching was his dream job.

But he was disillusioned. He left because of big and unwieldy class sizes, high insurance costs for his family that were eating up his paycheck, and lack of support for teachers like him who had come from alternative certification programs and had no guidance on how to face the challenges of working in disadvantaged schools.

"Why am I going to worry about 25 or 30 kids when I have my own family to worry about?" Mock said. "The existential anxiety there is really kind of what drove me away."

Mock said he remembers kids coming into his classroom with no shoes, some of whom hadn't eaten a meal all day. Circumstances like these made teaching and learning hard, and it was demoralizing.

"The classroom is really a microcosm of what's going on outside," he said.

Mock said he would have benefited from having a veteran teacher by his side during his first two years of teaching.

What are some possible solutions?

In March, Gov. Greg Abbott announced the formation of the Teacher Vacancy Task Force, made up of teachers and school administrators, to make recommendations on how to make the profession better.

The task force has met twice so far, Oeser said. Members of the task force have been split up into groups to tackle concerns such as educator preparation, pay, staffing and improving the teacher experience.

The task force will meet again in August with a more defined plan and will have a final report in February, Oeser said.

Teachers now take a multiple-choice certification test called the Pedagogy and Professional Responsibilities exam. Critics say the test is easy and not a true measure of what a teacher can do in the classroom.

On the other hand, the edTPA requires prospective teachers to film themselves teaching, submit lesson plans and reflect on how they help their students grow academically. The edTPA exam has been on a pilot run for the last three years in about 40 educator preparation programs across the state.

The State Board of Education, a partisan elected board that sets curriculum standards for the state, initially rejected the exam after concerns were brought up. Teacher groups had been against the test, and it was scrapped in some states where it had been adopted.

But the SBOE did not want to forgo the test altogether and instead sent it back to SBEC to see if that group can iron out the kinks or if there are other test options on the table. SBEC had a workshop on edTPA on Thursday and will return with options and feedback for its September meeting.

For the TEA, SBEC and some educators, edTPA is a way to better support and retain new teachers because it allows teacher preparation programs and hiring school officials to see where teachers are lacking and how school administrators can better support them.

School districts are also looking for ways to get and keep teachers in the classroom.

Bigger districts like the Houston ISD are able to provide raises and monetary incentives to its employees. Houston, the largest district in the state, has raised the starting salary for teachers to $61,500 for this school year, up from $56,869 in the 2021-22 school year.

As of July 5, there were approximately 854 openings for certified teachers in the district. The number isn't significantly different from previous years, but it speaks to the hiring gaps that the state is seeing.

"We've attracted hundreds more candidates for teaching positions this year than last year. At the same time, HISD is not immune to the national impact the COVID-19 pandemic has had on teachers and other educators," the district said in a statement.

Smaller districts that can't compete with bigger districts' salary increases have instead tried to lure teachers with four-day school weeks. Some rural districts have been losing teachers to other schools that are switching to the shorter week model.

"Anybody that had eyes or ears knew that this impending teacher shortage was coming, and our view was it was only going to get worse for the foreseeable future," said Chico ISD Superintendent Randy Brawner. "You can't just go out and throw money at your problems. You have to think outside the box and think creatively."

Disclosure: The University of Houston and Texas AFT have been financial supporters of The Texas Tribune, a nonprofit, nonpartisan news organization that is funded in part by donations from members, foundations and corporate sponsors. Financial supporters play no role in the Tribune's journalism. Find a complete list of them here. 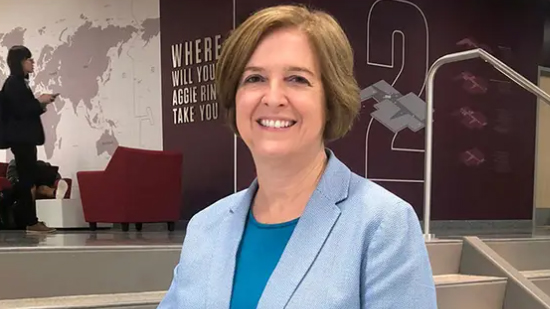