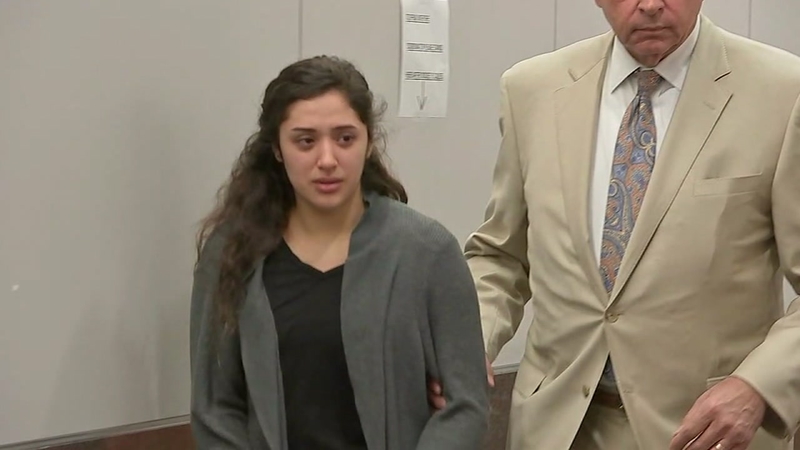 HOUSTON, Texas (KTRK) -- The Texas Alcoholic Beverage Commission is investigating the crash that killed a mom and her infant in Clear Lake.

Veronica Rivas, 20, is accused of driving drunk and causing the deadly crash on Feb. 28 that happened on the Gulf Freeway southbound near El Dorado Boulevard.

Prosecutors said that Rivas had a blood alcohol content of .21, nearly three times the legal limit.

That number is what a hospital attendant reportedly told officers after a blood test was taken.

A public information officer with TABC confirmed with ABC13 that they are "conducting a source investigation to determine the source of any alcohol which may have contributed to the crash."

In this case, the TABC will be looking at whether a business sold alcohol to Rivas.

"If that turns out to be the case, any businesses in violation would face penalties such as a civil fine or a temporary suspension of their license to sell alcohol. Employees who conducted the sale could also be charged with a class A misdemeanor with penalties up to a $4000 fine and a year in jail," TABC said.

Shayla Joseph, 36, and her 3-month-old baby, Braylan Jabari Joseph, both died at the scene.

A judge told Rivas Friday that she is not allowed to leave her home unless she is going to court or gets permission from the court first.

She must also wear two devices: a GPS monitor to track everywhere she goes and a device that will monitor if she drinks any alcohol.

If she violates her bond conditions, she will be taken back to jail.

Rivas faced a judge after being released from jail on a $30,000 bond. She was booked on two counts of intoxication manslaughter.

She appeared to break down in tears in court when prosecutors told her a 3-month-old child was in the back seat.

"This is just an unspeakable tragedy. It really is. And in one of the worst parts about is that it's totally preventable. Any number of ways, this could have stopped before it ended in this," Prosecutor Sam Adamo said.

It was also revealed that after the accident she allegedly had a distinct, strong odor of alcohol on her breath, red glassy eyes and slurred speech.

Lori Bohannon, a friend of the suspect's family described her as "such a sweet, young girl. What made her choose this, what, I don't know."

Bohannon said Rivas' mother is inconsolable, overwhelmed by the weight of what happened.

"They were so drunk, she doesn't even remember hitting the car," Bohannon told Eyewitness News.

Witnesses to the crash told police they heard Rivas mention she was coming from a bar. Court records don't say where.