'IT WAS MY SYNAGOGUE': Houston man who attended Pittsburgh synagogue reacts to deadly shooting 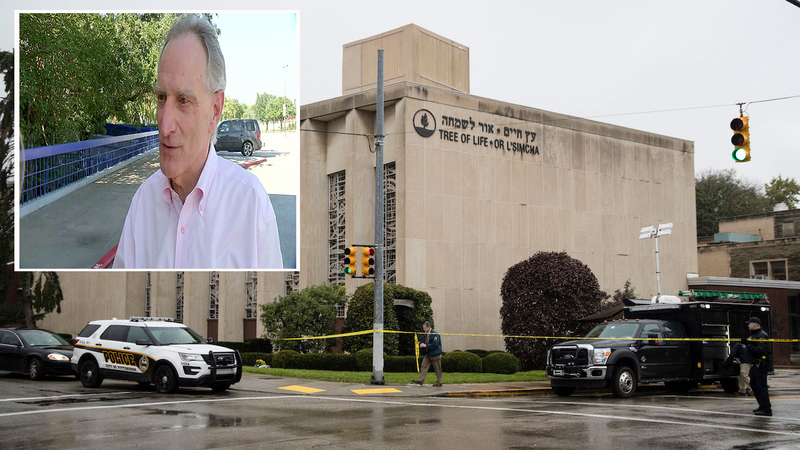 HOUSTON, Texas (KTRK) -- For Joel Dinkin, the deadliest assault on Jews in this country hit close to home.

Dinkin grew up in Pittsburgh and attended the Tree of Life synagogue where 11 people were killed this morning by a gunman who later surrendered on the third floor of the place of worship to police. Six others, including four police officers, were wounded in the assault.

"It was my synagogue," said Dinkin, who is now the CEO of the Evelyn Rubenstein Jewish Community Center in Houston. "My family went there. I knew every bit of that synagogue as a child, and today I wondered where the people were able to hide."

The deadly attack may have happened more than 1,000 miles away, but distance doesn't make people feel less anxious.

RELATED: HCSO and HPD are adding security to synagogues after Pittsburgh shooting

While attacks on Jews are not unprecedented in the U.S., it is the largest. The most recent one happened in Kansas in 2014, when a white supremacist killed three people at two Jewish institutions in Kansas City.

For Dena Marks, with the Anti-Defamation League in Houston, today's violence brings concern and consternation to the Jewish community.

"It sends a message that that community isn't wanted and that's the desire of the person who commits the crime," Marks said.

"Shortly after the news broke, I received a call from a representative of the Muslim community, who said 'we are standing behind you in solidarity and we want to help you in whatever way we can.'" Marks said she was moved by the offer of support.

The 46-year-old alleged gunman, identified as Robert D. Bowers, had no criminal record, and until today, was unknown to police. He received several gunshot wounds, but they aren't believed to be life-threatening. He is now hospitalized and under guard.

Harris County Constable Alan Rosen, who is Jewish, helped provide active shooter training at local places of worship after the mass shooting in Sutherland Springs. On Saturday, he found himself concerned about what seems to be a persistent threat.

"It's just a truly sad time in our country when people can't go to their institutions of religion to feel safe," he said.

Like other local law enforcement, Rosen is contacting area rabbis, to talk about safety plans in the event of a violent attack.