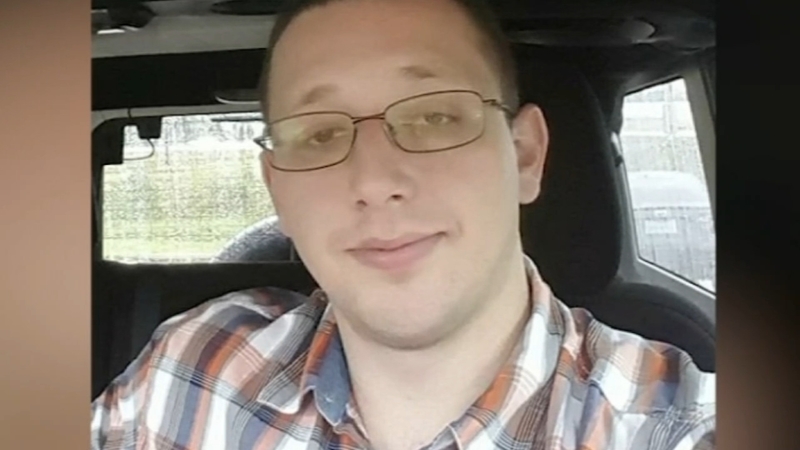 An off-duty Montgomery County Sheriff's Office deputy at the center of an hours-long SWAT standoff in northwest Harris County has surrendered after shooting himself, officials say.

The deputy has been identified as 30-year-old Ryan D. Jones.

The scene unfolded at a house in the 6900 block of Hamilton Falls Drive in the Twin Falls neighborhood.

The Harris County Sheriff's Office said a woman called them around 2:30 a.m. Wednesday to report that her husband, Jones, fired several shots inside the home and threatened his brother-in-law with a weapon.

A child was inside the house at the time. However, the wife, child and brother-in-law escaped safely.

An armed suspect in an aggravated assault is barricaded inside his home in the 6900 block of Hamilton Falls Dr. in the Twin Falls neighborhood. Deputies are working to resolve the situation peacefully. Residents are urged to avoid the area. #hounews pic.twitter.com/pItpPCKPwa

Multiple members of law enforcement, including MCSO and hostage negotiators, responded to try to get Jones out of the home peacefully.

SWAT knocked down the fence behind the house to move in closer.

"We're working scenes together all the time. We're on task forces together. It is a fraternity with those deputies. We take all these situations all the same. We handle them all the same," said Jason Spencer with HCSO.

He collapsed in distress in the backyard and was given first aid at the scene before being rushed to Memorial Hermann The Woodlands.

Investigators don't know where he shot himself, but he is expected to survive.

Deputies told ABC13 no SWAT officers were hit, and they did not shoot back.

Jones will face a felony charge of aggravated assault with a deadly weapon for the alleged threat against his brother-in-law.

The Harris County Sheriff's Office said this is still an active scene.

No one will be allowed into the Twin Falls subdivision until the house is cleared. Authorities believe Jones had several weapons and need to find them all.

The sheriff's office asked CenterPoint to temporarily cut the power to the neighborhood, which authorities told ABC13 was part of a negotiation tactic.

Jones is an 8-year veteran of the Montgomery County Sheriff's Office and had been assigned to West Patrol Division.

The agency's Internal Affairs Unit will conduct an administrative investigation, which is policy.

Deputies are shutting down traffic on Spring Cypress near Twin Falls as a precaution. Drivers are advised to seek alternate routes. #hounews

HUGE area blocked off — SWAT surrounded home in Twin Falls subdivision. @HCSOTexas tells me they believe just one person is inside —that’s the man with a gun. Believed to be his house. #abc13 https://t.co/3D8bFqgWWr pic.twitter.com/VJowRxqPTj