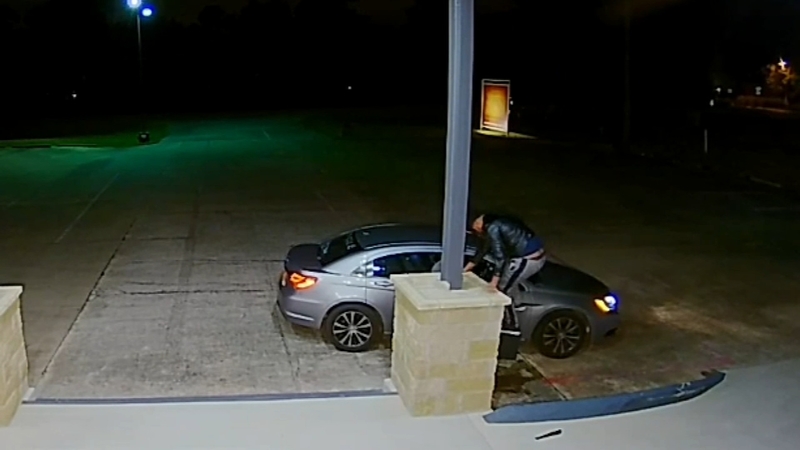 SPRING, Texas (KTRK) -- A church in Spring hopes the public can help authorities catch the mail thieves that have stolen thousands of dollars in church offerings.

"Gotta forgive them, but man's laws, they're going to be held accountable," said Belk, who also happens to be a retired Houston police sergeant.

Belk said the church on Kuykendahl Road in Spring realized a few weeks ago some of the mail had been stolen. They moved the mailbox from close to the road to a locked box near the front door, but the problem continued.

The thieves were going after members' offering checks.

"Sure enough, those checks were being cashed," explained lead Pastor Bobby Martin. "We're out a little over $10,000. That's very significant."

Last week, the church installed a motion-activated camera. Over the weekend, it caught a theft.

Video shows the thieves trying to pry open the mailbox. One of the suspects jumps on it. When they finally gain access, it appears they are video-chatting with someone. Then, the alarm, activated by an assistant pastor watching remotely, sends the crook scattering.

ABC13 has confirmed at least two other Spring churches have had checks stolen. The loss at one totals $40,000. The Harris County Sheriff's Office and United States Postal Inspection Service are investigating.

"It's pretty brazen to steal from a church. It says a lot about your character, but we hope to find them to stop it and we can do what we need to do, and that's help our community out," said Martin.