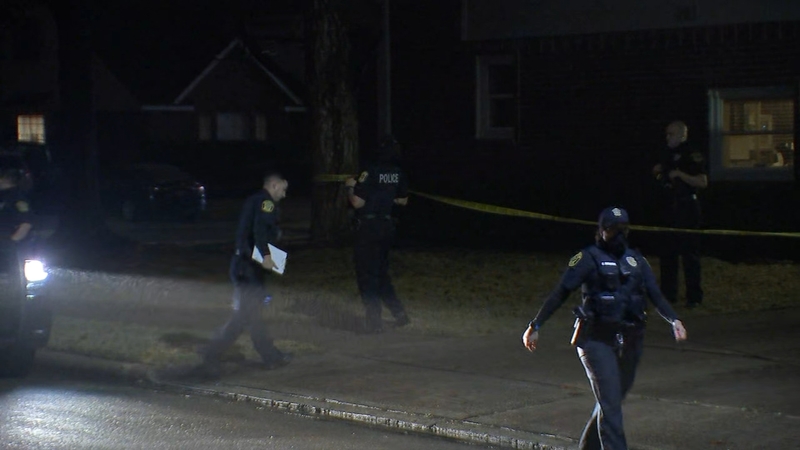 Man tries to break into Sugar Land home; shot by woman inside

SUGAR LAND, Texas (KTRK) -- A burglary suspect was shot Friday as he tried to break in to a Sugar Land home, police said.

It happened around 5 a.m. in the 200 block of Shadow Wood Drive in the Sugar Mill neighborhood.

A woman was inside the home with her 8-year-old son and heard a noise downstairs, according to Sugar Land police. When she went to check on the noise, she saw a man trying to get into her home through a window, police said. The woman fired a gun once, hitting the suspect in the chest. He's been identified as 21-year-old Santana Hudson. He has a warrant out for his arrest with the Houston Police Department for burglary of a vehicle in 2018.

He ran away from the home and left a trail of blood before officers were able to find him in a neighbor's yard.

Hudson was transported to a hospital, where he was listed as stable. The woman and child inside the home were not hurt.

Neighbors don't blame the woman for what she did.

"I would have done the same thing. Absolutely," Brittany Spivey said.

Just make sure I keep my guns loaded. Not much else you can do," Roger Clayden said.

People in a Sugar Land neighborhood express disbelief after their neighbor shot a man who was trying to break in to her back door Friday morning.

Officers spent Friday morning looking for surveillance video from neighbors' homes to determine if there were other suspects involved.

Hudson is charged with burglary of a habitation and unlawfully carrying a weapon.

Although there have only been two other residential burglaries in the city so far this year, Sugar Land Police plan to be more present and vigilant.