Rising tides ahead of storm raise concerns around Galveston Island 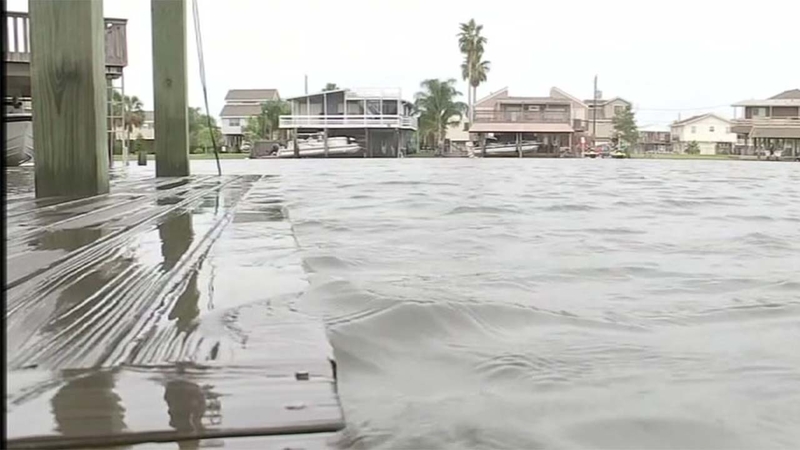 Rising waters from tides cause concern on Galveston Island

GALVESTON, TX (KTRK) -- Galveston was rain-free Friday, but ditches were full and the bay was above normal levels.

It's the prelude to what much of southeast Texas is expected to see this weekend. In Galveston's case, it's because of higher-than-normal tides, linked to a hurricane in the Pacific, impacting wind directions, forcing more water to shore. Because of that, a coastal flood watch has been issued for the area.

On Galveston's west end, tides are already higher. Over the past two days, minor street flooding has been seen in communities like Jamaica Beach, which backs up to the bay. It's the bay that's rising, and by Sunday, the National Weather Service predicts it could be three feet above normal.

At Galveston Island State Park, the campground on the bay side is of concern. Campers are being warned that if they choose to stay, they could be marooned until the water recedes. "It's a real concern to us," said park superintendent Trey Goodman.

A tweet from TxDOT said however, the ferries will continue to run, despite bad weather.

The National Weather Service predicts the area will see three to four inches of rain per hour beginning about 6pm Saturday, with a total of 8-12 inches possible by Sunday at 3pm Tide levels are expected to be 4-5 feet above barnacle level, with 30-35 mph winds and lightning overnight Saturday in coastal areas.

Galveston County Judge Mark Henry said there were no reports of problems on the roadways Friday evening, but his office is monitoring low lying areas along the coast that are vulnerable to flooding.

Judge Henry said he anticipates a voluntary evacuation of Bolivar Peninsula but will not be calling for one until the potential for rain is re-assessed Saturday morning.