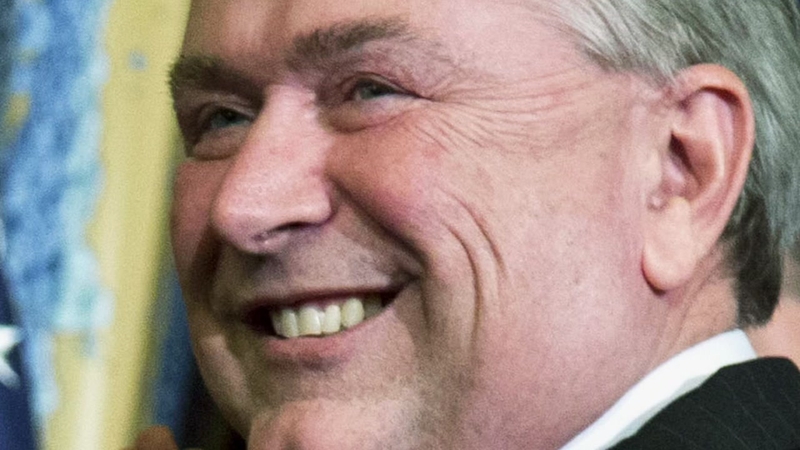 HOUSTON, Texas -- A former Texas congressman convicted on fraud and conspiracy charges for misusing charitable donations is headed to prison.

Steve Stockman was convicted in April after a three-week trial. The FBI announced he has now been sentenced to 10 years in prison.

Stockman was accused of conspiring with two staffers to bilk conservative foundations out of at least $775,000 that was meant for charitable purposes and voter education. A campaign worker and an aide had previously pleaded guilty to various charges.

Stockman's attorney, Sean Buckley, has said Stockman committed no crime in using the money as he did. Following his arrest in March 2017, Stockman said a "deep state" shadow government was targeting him.

An FBI affidavit alleged that shortly after beginning his second term in the U.S. House in 2013, Stockman solicited $350,000 in charitable donations from an unidentified wealthy businessman on behalf of Life Without Limits. The Nevada-based nonprofit had been set up to help people through traumatic events.

The donation was solicited for the purpose of renovating a house in Washington called the Freedom House. But the check was deposited at a bank branch in Webster, Texas, into an account set up by Stockman doing business as Life Without Limits, according to the affidavit.

Financial records show that Stockman made no significant expenditures toward the purchase, renovation or operation of Freedom House, which never opened. According to the affidavit, Stockman secretly diverted the money to pay for a variety of personal expenses and to funnel contributions to his campaign under the guise that they were from other people.