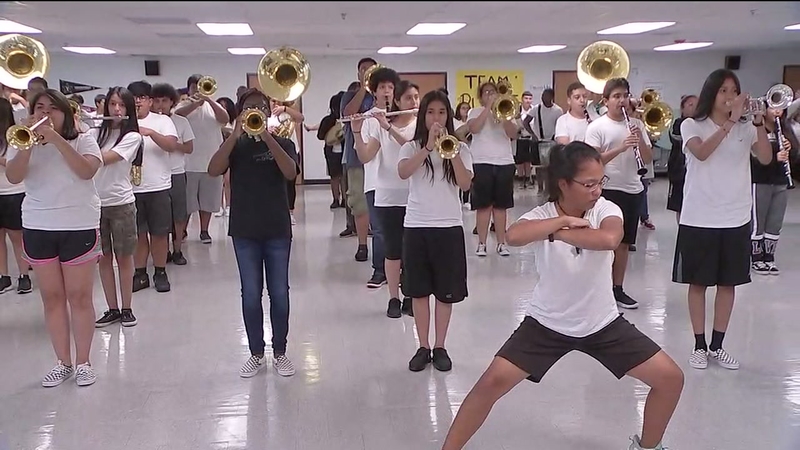 An air conditioning issue over the summer caused instruments and equipment to be lost forever. The damage was estimated at $14,000.

The band's director, Keavon Runnels, said nearly 100 students signed up for the collective this year, and with less instruments available, many would have to miss out on their big events.

But, this award-winning group was not about to begin the school year down.

In a move upholding the sense of the community it serves, Direct Energy made the decision to donate $20,000 to the band in order to pay for the lost instruments. The group will also receive warm-up suits as part of the donation.

Representatives from Direct Energy surprised Sonic Boom on Wednesday afternoon during an otherwise routine day for practice. The moment was captured live on Eyewitness News.

"Finally, no more duct tape on our instruments," laughed Runnels. "We're going to have good instruments just like these other schools have."