States that have opened COVID boosters to all adults 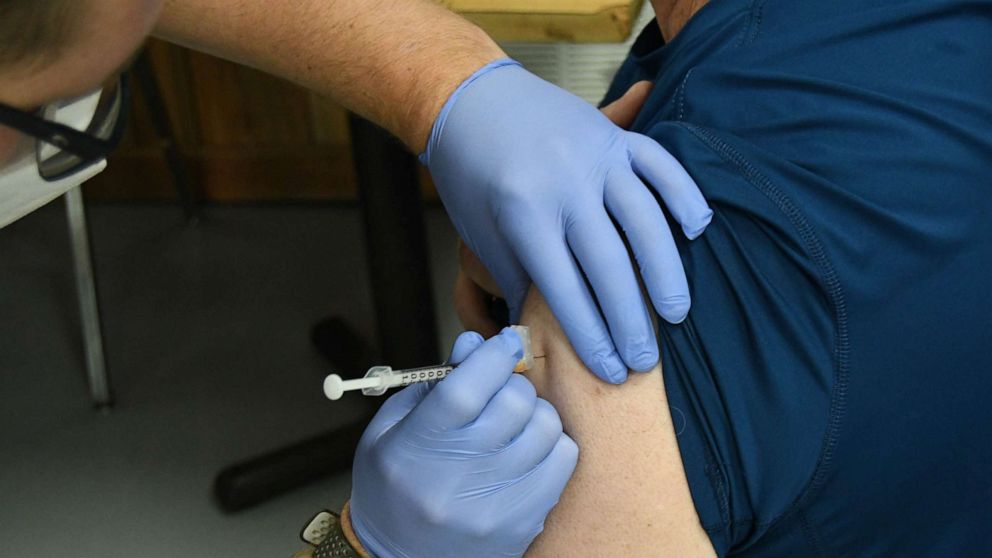 With COVID-19 infection rates steadily increasing across the country, a growing list of states are now moving ahead of federal authorization, to recommend booster shots for all residents 18 years or older, six months after receiving their second COVID vaccine dose.

Last week, Pfizer formally asked the Food and Drug Administration to allow all Americans over the age of 18 to be eligible for booster shots.

However, in recent weeks, leaders from nine states -- Arkansas, California, Colorado, Minnesota, New Jersey, New Mexico, New York, Rhode Island and West Virginia -- have moved to formally and informally endorse the expansion of booster shots to all adult residents who are at least six months out of their second Pfizer or Moderna vaccine.

At this time, booster shots are recommended by federal agencies for anyone over the age of 18 who has received the Johnson & Johnson vaccine, two months after receiving their first dose. Moderna and Pfizer recipients are encouraged to get a booster shot six months after receiving their second dose, if they are over the age of 65, have an underlying medical condition or are at high risk for exposure.

A government official confirmed to ABC News on Tuesday that the FDA may issue guidance as soon as this week, on Pfizer and Moderna booster shots for Americans 18 and older.

Earlier this fall, West Virginia Gov. Jim Justice was the first state legislator to call for all residents regardless of their age or status of underlying condition, to receive a booster.

"I think that is absolutely the message that I've been trying to get out to people," Justice reiterated on Monday. "I absolutely believe that if you're 18 years of age, you can get your booster shot."

On Tuesday, Rhode Island and Minnesota became the latest states to green light boosters for all adult residents.

With residents moving indoors, Rhode Island officials said that most people are at higher risk of exposure to COVID-19, and thus, will be eligible for a booster. And in Minnesota, Department of Health Commissioner Jan Malcolm reported that the state told federal partners to expand booster eligibility to all adults by the end of the week, citing a rise in COVID-19 cases.

On Monday, Arkansas Gov. Asa Hutchinson adjusted state policy recommendations to authorize boosters for adults, adding that the current Centers for Disease Control and Prevention recommendations on boosters are "somewhat confusing and limiting."

Two states -- Colorado and New Mexico -- which have seen significant increases in COVID-19 infections and hospitalizations have gone as far as to sign executive orders, urging all fully vaccinated adults to get boosters once they meet the six- or two-month thresholds, given the high risk for exposure and transmission in those states.

"We want to ensure that Coloradans have every tool they need to protect themselves from this deadly virus and to help reduce the stress on our hospitals and health care workers," Colorado Gov. Jared Polis wrote.

The concerns over high transmission have also pushed other officials to pull the trigger on booster shots for all adults.

New York Gov. Kathy Hochul said on Monday that she is "strongly encouraging all New Yorkers who live or work in a high-risk setting to get the booster," and in New York City, Health Commissioner Dr. Dave Chokshi, announced during a press conference on Monday that he is issuing a Commissioner's Advisory to all health care providers to allow boosters for all adults.

Last week, in California, Health Secretary Dr. Mark Ghaly also announced that he was encouraging residents to "absolutely" sign up to get a booster shot.

With winter holidays just weeks away, and millions of Americans expected to travel and gather with family members, some officials say the expansion of boosters is now more critical than ever.

"We think this is a big step we can take with the holidays coming up. We need as many people boosted as possible. It's that simple," New Jersey Gov. Phil Murphy said on Monday during a press conference.

Murphy signaled that he would likely formally support boosters for all adults, adding that "if you're in doubt, get the darn booster."

In September, vaccine experts advising the federal government rejected President Joe Biden's plan to roll out boosters for all Americans.

However, chief medical adviser to the White House, Dr. Anthony Fauci, hinted earlier this month that boosters for all adults may be inevitable.

"If one looks back at this, one can say, do you know, it isn't as if a booster is a bonus, but a booster might actually be an essential part of the primary regimen that people should have," Fauci told the New York Times.

Other health experts have continued to voice concerns over the expansion of boosters to all adults, suggesting that the most critical move will still be to vaccinate those who have yet to receive a COVID-19 shot.

"I think people should be reassured that these vaccines continue to work and are working well," said Dr. Paul Offit, an adviser to the U.S. Food and Drug Administration. "If we're going to get on top of this pandemic, the best way to do that is to vaccinate the unvaccinated. And until we do that, we're not going to really move the needle on this pandemic."

To date, more than 30 million people nationwide have received an additional dose of a COVID-19 vaccine since early August, according to federal data.