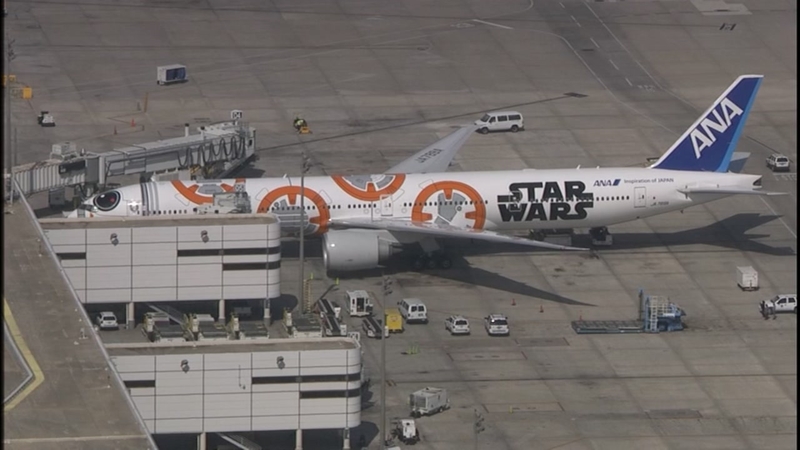 HOUSTON (KTRK) -- Look what just pulled up to the gates of Bush Airport!

Awesome: Take a 360-degree look at the 'Star Wars' Land groundbreaking at Disneyland

Check out a 360-degree look at the groundbreaking of the new "Star Wars"-themed land at Disneyland.

An artist's concept of the new "Star Wars" Land.

This Boeing 777 is adorn with special livery featuring the BB-8 droid from 'Star Wars: The Force Awakens'.

The jet is the third and final aircraft decorated with the Star Wars theme.

The Walt Disney Company is the parent company of LucasFilm and this station.

The Force is with these stories...

The cast of ''Rogue One: A Star Wars Story''

A line of 'Star Wars' Stormtroopers.