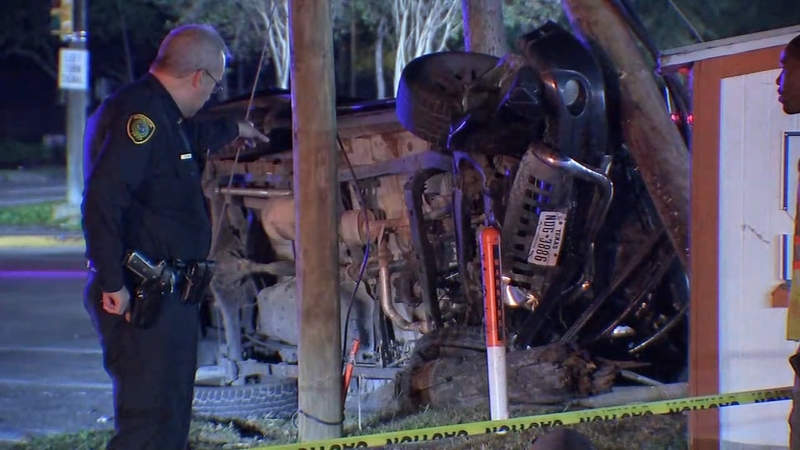 Officers say it all began around 10 p.m. Friday, when two brothers in a pickup truck were following a car.

According to authorities, the truck's driver saw his common-law wife in the car with another man.

The car's driver began brake checking the truck, and that's when the truck's driver pulled up next to the other vehicle.

At one point, once both vehicles were on Hammerly and Hollister, the car's driver shot numerous times into the truck, hitting the passenger in the torso, official say.

The truck's driver then turned around and crashed into a Toyota Prius with two young women inside at Hammerly and Blalock.

The women, who are believed to be around 18 years old, were taken to the hospital.