Who could move at the weirdest MLB trade deadline in history? 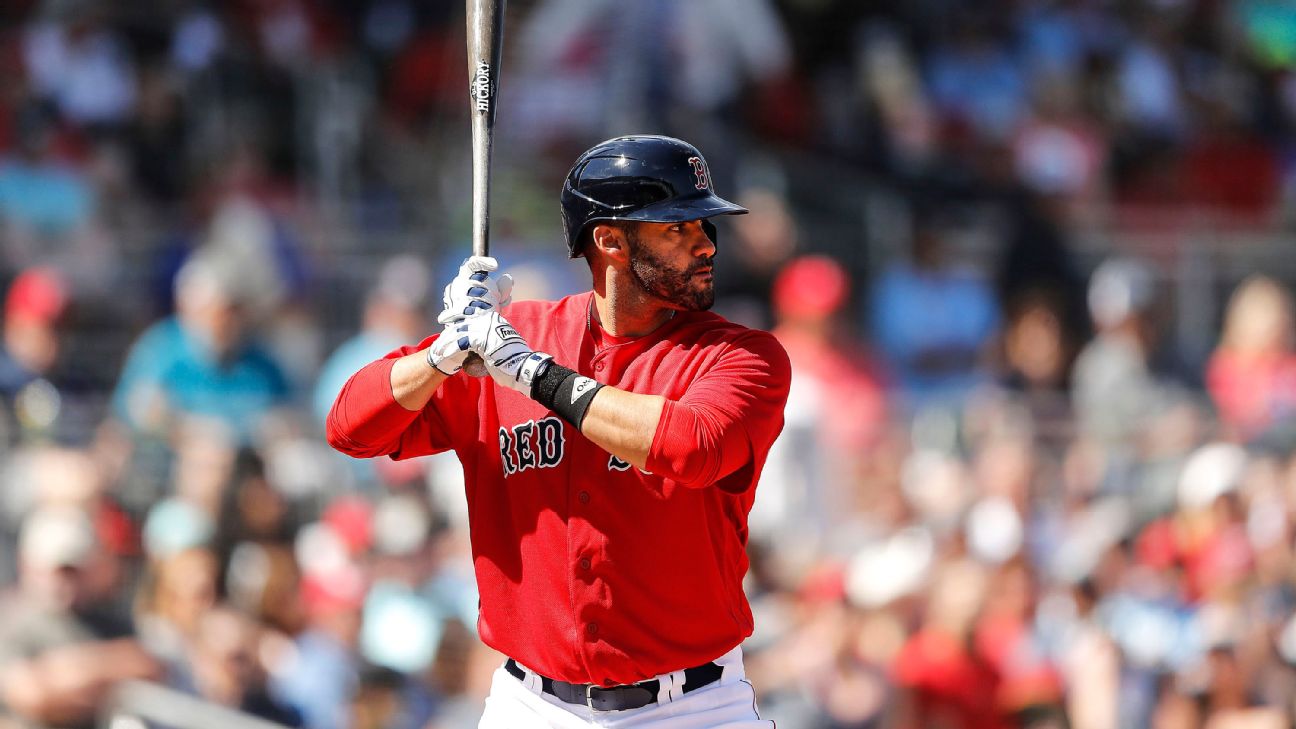 The Aug. 31 MLB trade deadline is still nearly three weeks off, but let's take an early look at some of the factors that will influence what might happen. Or won't happen. It's possible this year's deadline will be a dud for several reasons: lack of talent available, more teams in the playoff race because of the 16-team field, teams unwilling to take on additional payroll and even the risk to teams of bringing in players from outside their bubble.

Here's a look at the key elements leading up to the deadline.

Who is out of it?

In other words, who are the possible sellers? Well, right now almost every team is still in it. Even the Detroit Tigers and Baltimore Orioles, who lost 114 and 108 games in 2019, are off to good starts. Given that a sub-.500 team could sneak into the postseason, any team hanging around .500 has a chance. The only two teams that can really be eliminated right now are the Pittsburgh Pirates and Seattle Mariners. Along with the Orioles, they are the only teams with less than a 10% chance of making the playoffs, according to FanGraphs. And these teams don't really have interesting trade candidates. Let's move on.

Who are the pending free agents?

These players always are the first ones to consider in a conventional season, but it's a pretty weak crop of free agents. The best of the lot are Marcus Semien (A's), George Springer, Michael Brantley andYuli Gurriel(Astros), DJ LeMahieu, Masahiro Tanaka and James Paxton (Yankees), Justin Turner and Joc Pederson (Dodgers), Trevor Bauer (Reds) and Nelson Cruz (Twins), but those players all are on likely playoff teams and won't be traded.

Here are few other names to consider:

Mike Minor, SP, Rangers: An All-Star last season, Minor suffered a dip in velocity two starts ago. As a result, he was limited to four innings on Tuesday, although his velocity was back into the lower 90s.

Robbie Ray, SP, Diamondbacks: Arizona hasn't looked good as a team and Ray has been particularly awful, allowing seven home runs and 14 walks in 17 innings. He has tweaked the way he stands at the beginning of his delivery, but it hasn't clicked yet. Still, he has a live arm and a 3.72 ERA over the past three seasons.

Jonathan Villar, INF, Marlins: He hit .274 with 24 home runs and 40 steals for the Orioles in 2019 but is off to a slow start this year. His versatility and speed could make him a nice bench option.

Tommy La Stella, 2B/1B, Angels: It seems unlikely the Angels would punt at any time, but they sure don't look like a good baseball team. Then again, neither do the Mariners or Rangers, but somebody in the AL West besides the A's and Astros will have a chance. Anyway, La Stella made the All-Star team last year before fracturing his tibia and missing the second half. He's hitting well again and getting on base more than 40% of the time -- 10 walks and three strikeouts! -- and somebody should want this guy as a possible leadoff hitter.

James McCann, C, White Sox: The White Sox have Yasmani Grandal, making McCann one of the best backup catchers in the league. Given the catching needs around the majors and the White Sox's own need for pitching help, McCann could go.

What will the Red Sox do?

The Red Sox are off to a bad start, and it's no fluke. They are a bad baseball team, with no Chris Sale and no Eduardo Rodriguez, and J.D. Martinez, Rafael Devers and Andrew Benintendi off to slow starts. Really, what's the point in even making a push for the eighth playoff seed? There's no way this team, with this starting rotation, has a chance to do anything in the playoffs.

They have three pending free agents: outfielders Jackie Bradley Jr. and Kevin Pillar and closer Brandon Workman, who is 10-1 with a 1.88 ERA over the past two seasons with just 34 hits and one home run allowed over 76 innings. Given the shaky state of closers throughout the game, Workman might be the most desired commodity on the trade market. Martinez is interesting as well. He has an opt-out clause after 2020, and if he doesn't opt out he is set to make $19.375 million in 2021 and 2022. Given his slow start, teams would be wary about getting stuck with the final two years of his contract. If he heats up, however, he could provide a valuable bat for a team looking for a DH upgrade.

The Red Sox have some other trade options as well. Reliever Matt Barnes has struggled with his control, but he had 110 strikeouts in 64 innings last year and was a key bullpen guy during the 2018 World Series run. Veteran first baseman Mitch Moreland has six home runs and could fit in with the Brewers, Twins (Miguel Sano has struck out in nearly 50% of his plate appearances) or Orioles (if they continue to play well).

Any other non-free agents?

This is harder to gauge, with contracts playing into this. The Mariners, for example, might like to trade Kyle Seager, who is playing well, but he's set to make $18.5 million in 2021 with an option/buyout for 2022. The Giants are in a similar position with Johnny Cueto--his $21.8 million salary for 2021 and $5 million buyout for 2022 make him all but untradable.

An intriguing name here could be Jorge Soler, who has one year remaining on his contract. He is proving that his 2019 season, when he led the AL with 48 home runs, wasn't a fluke, but the Royals may think they're getting closer to contending again, with rookies Brady Singer and Kris Bubic now in the rotation, and right now their offense is mostly just Soler and Whit Merrifield.

Otherwise, it's hard to predict what teams will do -- and front offices won't want to make rash judgments based on where their team stands after 30 games. In other words, all angles seem to point to a slow trade period.

The Rockies' hot start puts them in the thick of the NL West race, and it will be interesting to see how general manager Jeff Bridich -- the least active GM in the game -- reacts, especially given the general lack of depth on the roster and in the organization. Here's what I would do: Trade for Jackie Bradley Jr. or Kevin Pillar to play center field, move David Dahl to right field and make Charlie Blackmon the designated hitter. Blackmon's top sprint speed ranks in just the 35th percentile and his outfield jump rating is in the ninth percentile. He has become a defensive liability. Add an elite defender in Bradley and you upgrade defensively at two positions and upgrade at DH.

Nine relievers have made their major league debuts this season for the Astros, and with Roberto Osuna now out for the season, the bullpen is basically Ryan Pressly, a struggling Josh James and a whole bunch of rookies. Entering Wednesday, the Houston bullpen actually ranked middle of the pack in ERA at 4.15 -- but it was dead last in win probability added and Pressly blew the save Tuesday in a game the Astros lost in 10 innings. (The Astros are 1-4 in extra-inning games, so they are decidedly anti-runner on second.)

Mike Soroka is out for the season, Cole Hamels is still on the IL and Mike Foltynewicz was booted off the 40-man roster. Meanwhile, Sean Newcomb just got roughed up in a start and was sent back to the alternate training site, and Touki Toussaint has a 7.27 ERA (although a very good 23-to-5 strikeout-to-walk ratio in 17 innings). They're down to one reliable starter in Max Fried. There isn't much starting pitching available, so maybe they'll ride with the youngsters and hope Hamels can get back.

Khris Davis is off to a slow start after struggling in 2019, and while he's signed through 2021, the A's have a really good team and a chance to win it all now, so why punt a position? Of course, they're also a small-market franchise and may be unlikely to bring on any additional salary to bench the highest-paid player on the team.

The Rays like Mike Zunino's defense, but he entered Wednesday batting .088 -- after hitting .165 last season. They've been hitting for him and bringing in backup Michael Perez, who might get more opportunities to start. The Padres gave the starting job to Francisco Mejia, but he has struggled at the plate with an .097 average and just one walk in 34 plate appearances. Backup Austin Hedges is better defensively, but he's hitting .143 on the heels of a .176 season. Of course, there aren't a lot of options out there -- maybe Pedro Severino of the Orioles if they fall out of the race or Austin Romine of the Tigers.

The Phillies' bullpen ERA entering Wednesday: 10.19. Not a misprint. OK, that's in only 12 games, but the pen has allowed 59 hits and 10 home runs in 35 innings. Unfortunately, this one might require a complete makeover, and that's more likely to occur in the offseason. 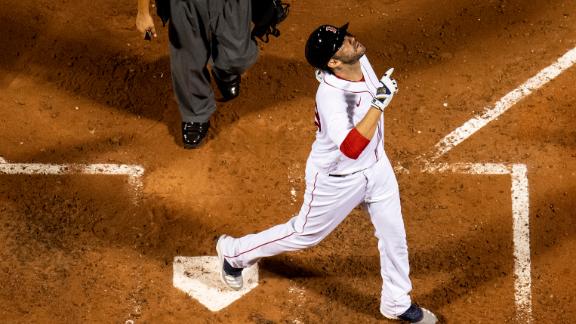