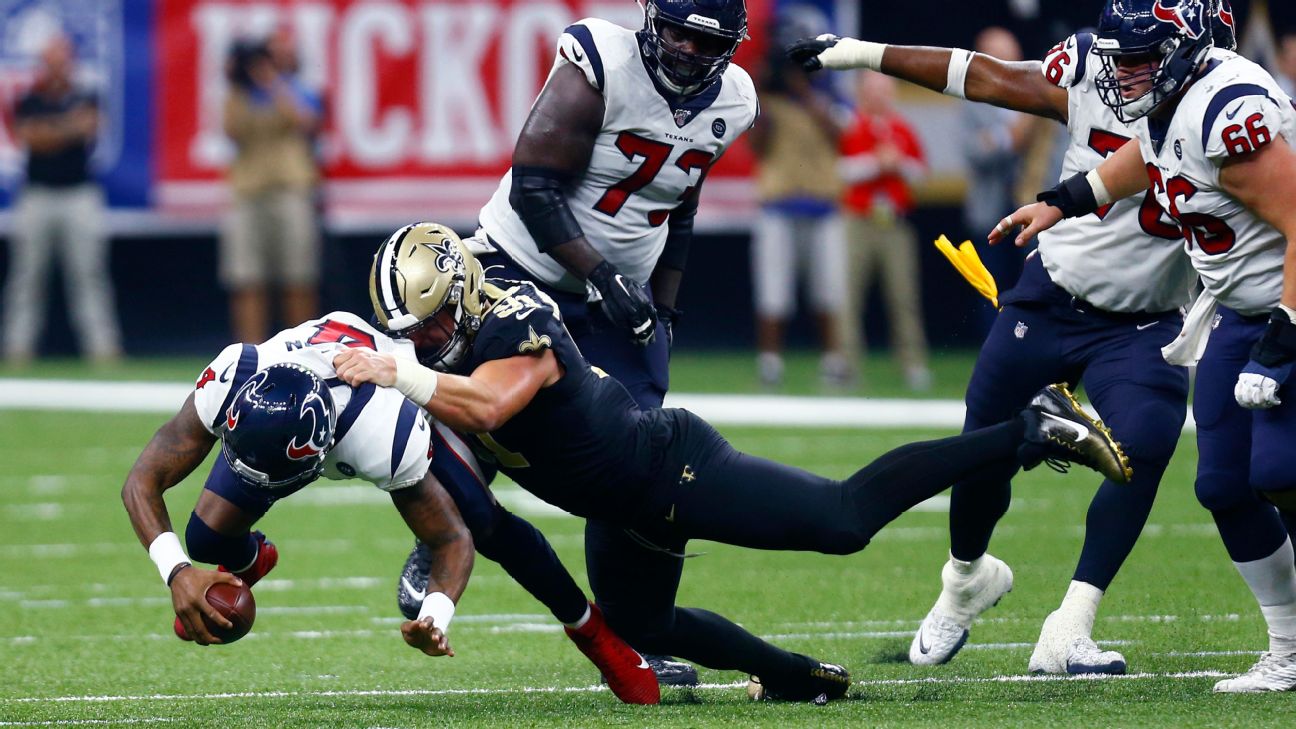 NEW ORLEANS -- Despite trading for left tackle Laremy Tunsil right before the start of the season, the Houston Texans' offensive line struggled in Houston's 30-28 loss to the New Orleans Saints on Monday night.

"We're going to watch the film tomorrow and fix our mistakes," Tunsil said. "How many sacks did we give up today? Six? We've got to improve that number. We've got to drop that number down a little bit."

"Of course that's concerning," right tackle Seantrel Henderson said. "We never want our quarterback to be touched at all. We just come back and fix what we've got to fix and keep people up off him."

Henderson called the Mercedes-Benz Superdome "the loudest place I've ever played," saying that sometimes the crowd noise "can throw the communication off, especially if we can't really hear each other."

Watson completed 3 of 9 passes when pressured in the game, according to ESPN Stats & Info research, but that also includes his final pass of the game, a 37-yard, go-ahead touchdown to Kenny Stills.

"They blitzed us, they got us on a couple of blitzes," Texans coach Bill O'Brien said. "I thought we did block them at times. We've got to block them more consistently and the ball has to come out a little bit quicker sometimes. Same old deal. We've just got to get a little bit better and work hard this week to shore this up."
Report a correction or typo
Related topics:
sportsespnhouston texansnfllaremy tunsilmonday night football
Copyright © 2021 ESPN Internet Ventures. All rights reserved.
More Videos
From CNN Newsource affiliates
TOP STORIES