Tony Romo asks to go back in after apparent back injury 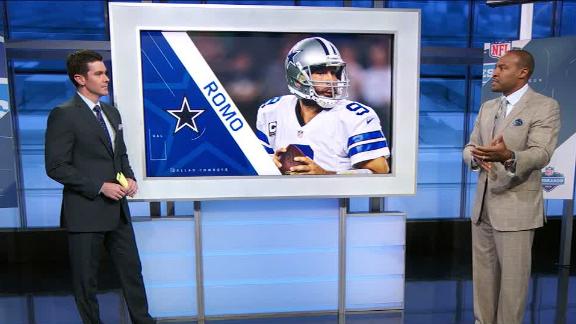 Romo was ruled out to return despite his pleas to coaches that he was healthy enough to go back in.

On the third snap of the game, Romo attempted to scramble up the middle, but Avril appeared to jam him into the ground and Romo grabbed his lower back. He was tended to by the team's medical staff but was able to walk off the field without help.

He attempted to re-enter the game three snaps later, but the coaches stuck with rookie Dak Prescott.

"His back was bothering him a little bit after that play," Cowboys coach Jason Garrett said. "We don't think it's a serious thing, and we just felt better keeping him out. Dak came in and did a great job."

Romo completed his first pass of the game for an 11-yard completion to Terrance Williams. The second play, Romo handed off to Ezekiel Elliott. Romo played in 13 snaps in the second game of the preseason against the Miami Dolphins, completing 4 of 5 passes for 49 yards.

The Cowboys have not played their starters in a preseason finale in years. The Cowboys close the preseason Sept. 1 against the Houston Texans at AT&T Stadium, so the next time Romo plays could be the Sept. 11 season opener against the New York Giants.

Romo had two back surgeries in 2013. He had a cyst removed in the offseason that year and missed the regular-season finale against thePhiladelphia Eaglesafter undergoing a discectomy.

The Cowboys have handled Romo with care ever since. He has not practiced more than three straight days in training camp over the past three years, and during the regular seasons in 2014 and '15, he sat out of Wednesday practices.

Romo missed 12 games last season because of a twice-broken left collarbone. He had offseason surgery but did not miss any snaps in the organized team activities and minicamp.

The Cowboys felt the time Romo was able to put in during the offseason has him poised for his best and healthiest season in 2016. 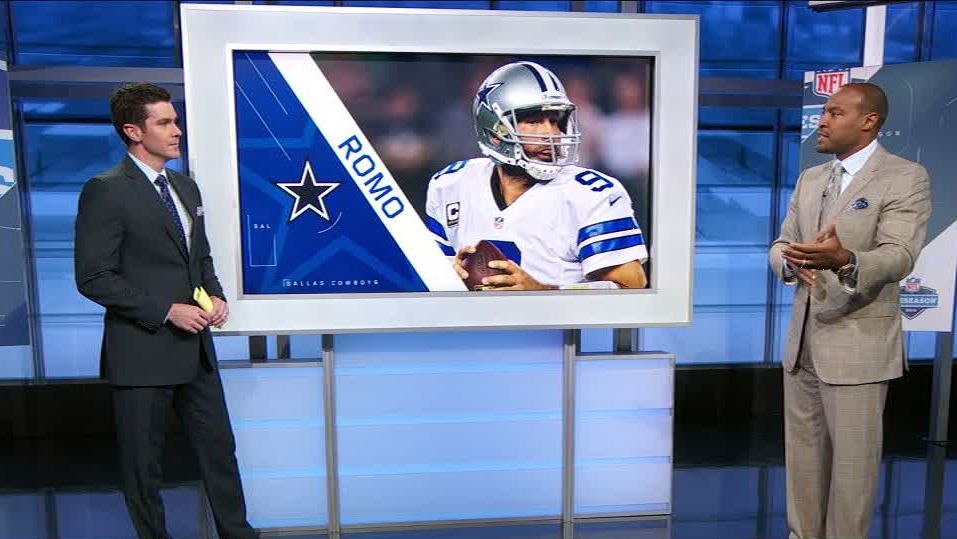 Cowboys make smart choice to sit Romo after back injury
Darren Woodson says the Dallas Cowboys made the right call to keep Tony Romo out of the rest of Thursday's preseason game against the Seahawks, despite his wanting to return, after he suffered a lower back injury in the first quarter.
Related topics:
sportsespnpreseasonnfldak prescottbacktony romoinjurydallas cowboys
Copyright © 2020 ESPN Internet Ventures. All rights reserved.
More Videos
From CNN Newsource affiliates
TOP STORIES