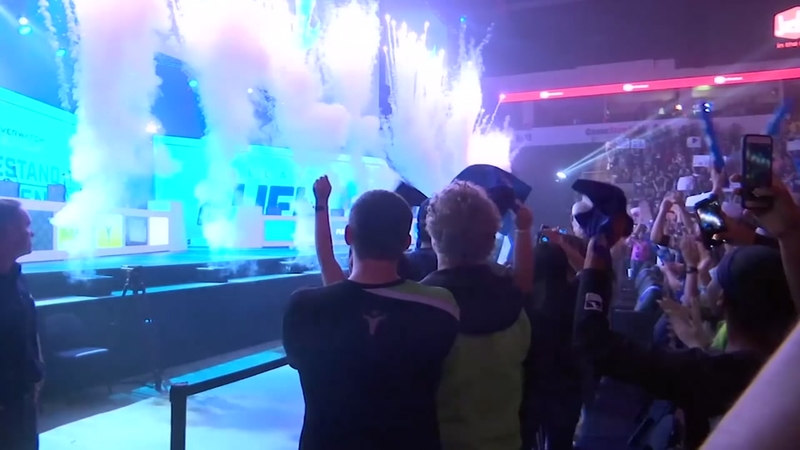 ALLEN, Texas (KTRK) -- The rivalry between Houston and Dallas has officially moved into gaming.

The Overwatch League is the first esports league to offer city-based team competition, and Dallas and Houston represent the Lone Star State.

Matches are usually held in Los Angeles, but this was held at the 4,500 seat Allen Event Center near Dallas.

Eight teams played a total of eight matches over the sold-out weekend, with the Houston Outlaws playing the Dallas Fuel as the headliner.

The Houston Outlaws eventually fell to the Dallas Fuel, but seeing the team play for the first time in Texas seemed to be enough to keep spirits high.

The semifinals for Stage 2 of the Overwatch League as well as the All-Star Game will air on ABC.
Report a correction or typo
Related topics:
sportshoustondallasvideo gameesports
Copyright © 2021 KTRK-TV. All Rights Reserved.
More Videos
From CNN Newsource affiliates
TOP STORIES