The NFL tribute to Altuve and Judge's height difference 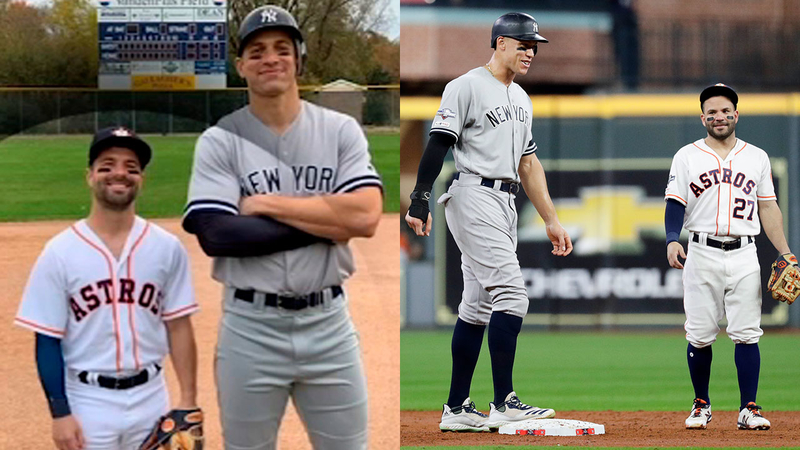 Using the famous height difference between the superstar second baseman and New York Yankees slugger Aaron Judge, members of the Green Bay Packers did their best Altuve and Judge impersonation.

Packers tight end Jimmy Graham, who is 6'7", played the part of Judge, while assistant athletic trainer Nate Weir, who is 5'7", was a dead ringer for Altuve.

"We are ready for our local tryouts," Graham tweeted.

The pair used the AL Championship Series matchup between Altuve's Astros and Judge's Yankees for the Packers Halloween party.

Had to represent @JoseAltuve27 and @TheJudge44 from the ALCS at @packers Halloween party! @astros @yankees we are ready for our local tryouts. They call me big red and I hit dingers. @weirnateatc pic.twitter.com/EVpuom28Of