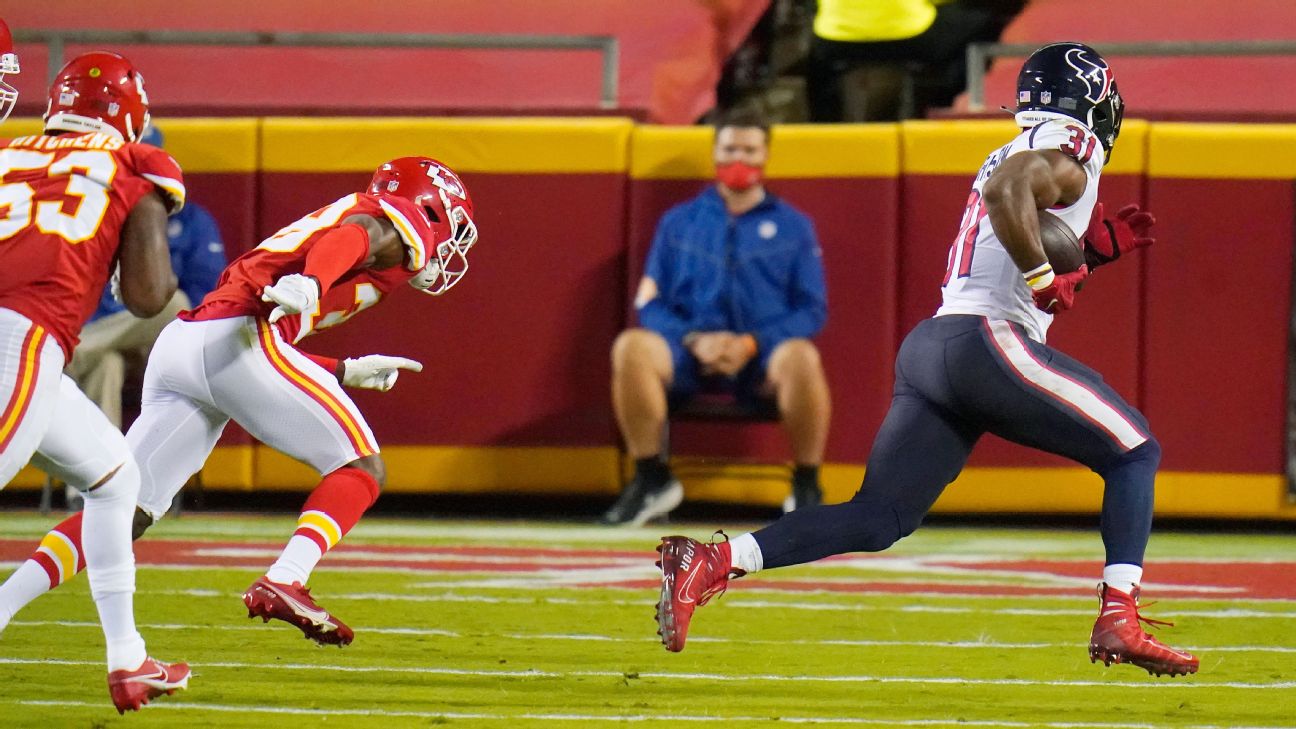 Running back David Johnson looked like his former All-Pro self during the Houston Texans' second drive of Thursday's season opener against the Kansas City Chiefs, running for 33 yards and a touchdown on three carries and a catch for five yards.

Johnson capped the drive with a 19-yard touchdown run by breaking toward the right sideline and evading multiple Chiefs defenders to get into the corner of the end zone.


It was his longest rushing touchdown since Week 3 of the 2016 season, according to ESPN Stats & Information. His longest run in 2019 was only 18 yards.

Johnson came to Houston in a blockbuster trade that sent All-Pro wide receiver DeAndre Hopkins to the Arizona Cardinals in March. Johnson, who signed a three-year, $39 million extension in 2018, has a cap hit of $11.2 million in 2020 -- significantly more than 2019 starter Carlos Hyde made in his lone season in Houston ($2.8 million), when he rushed for 1,070 yards.