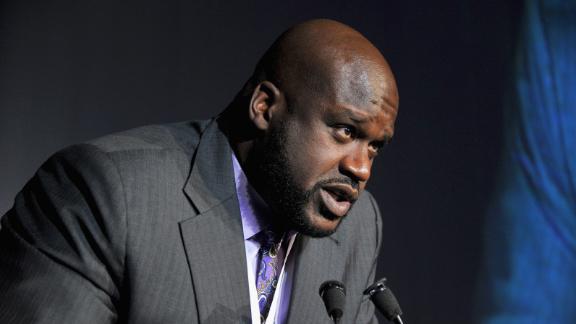 Shaquille O'Neal is the subject of an open assault investigation by police in Atlanta after an incident his lawyer described as "horseplay" in which a co-worker was injured last year.

No charges have been filed by local police over the event, which according to a police report is alleged to have occurred May 9 and first reported to police July 2.

According to Robert Williams, a co-worker of O'Neal's at Turner Studios, for whom O'Neal is an NBA analyst, the 15-time All-Star "ran out of a room and hit me with a tackle punch to the back knocking me down and falling on top of me injuring my neck and back," the police report says.

Williams said Turner Security was made aware of the incident within a day.

"The investigation was initially handled by the zone and as that investigation deepened, it was transferred (to) the complex case squad," Atlanta police Sgt. Greg Lyon said, according to WSB TV in Atlanta. "At the conclusion of their investigation, we'll have their findings and we'll go forth from there, whether charges will be filed, whether it (will) be reviewed by the DA's Office."

O'Neal's attorney, Dennis Roach, said in statement sent to the local ABC affiliate that the incident "was nothing more than horseplay. No one intended for anyone to get injured."

Williams' attorney countered that statement with his own, denying the situation was the result of horseplay.

"We understand that the physical attack by Shaquille O'Neal upon Mr. Robert Williams is under criminal investigation," Williams' attorney said in a statement to WSB. "Mr. Williams is presently recovering after surgery.

"However, he does state, emphatically, that the permanent injuries he received were not the result of participation in any form of 'horseplay.' "

O'Neal retired in 2011 after a 19-year career with the Orlando Magic, Los Angeles Lakers and Miami Heat. He also played for the Phoenix Suns, Cleveland Cavaliers and Boston Celtics.