Russell Westbrook out for start of playoffs with quad strain 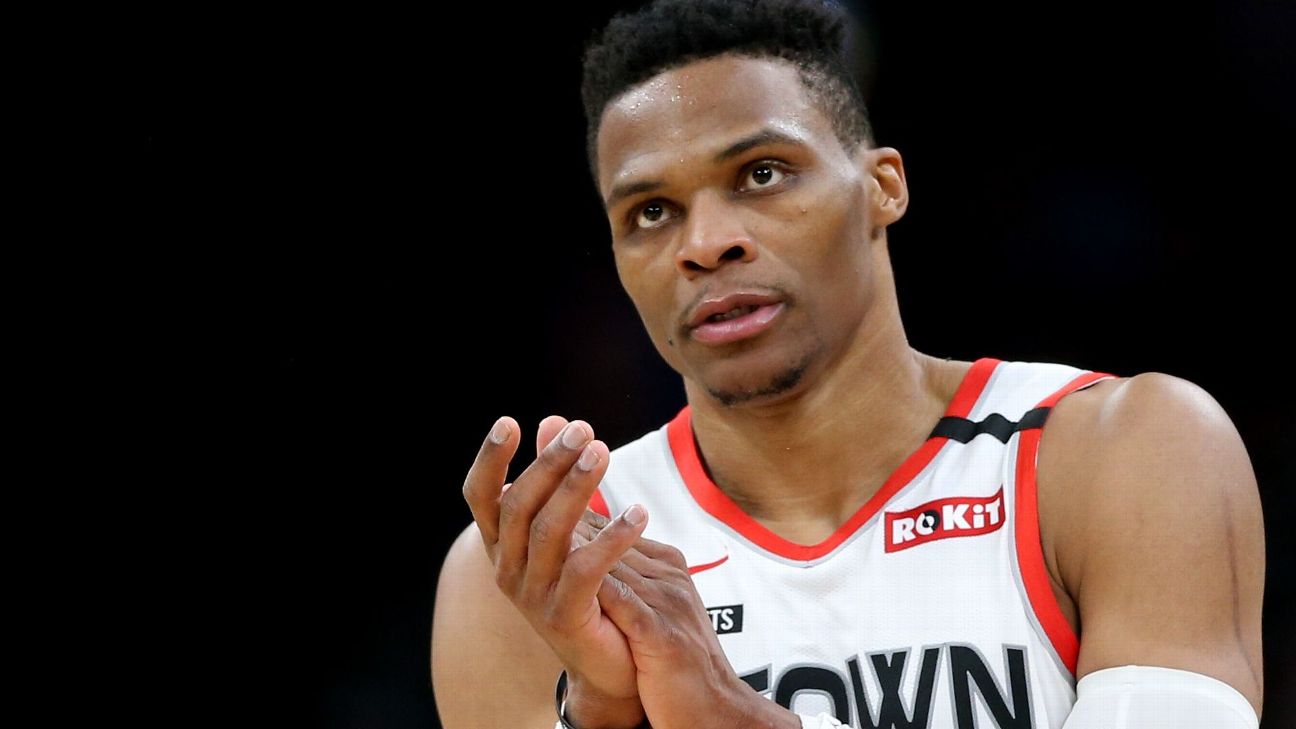 Rockets star guard Russell Westbrook is expected to miss at least the start of Houston's first-round playoff series because of a strained right quad muscle, sources confirmed to ESPN.

Westbrook's return will depend on how he responds to treatment, sources told ESPN.The news on Westbrook's status was first reported Thursday by the Houston Chronicle.


Rockets coach Mike D'Antoni had told reporters Wednesday that Westbrook's availability for the start of the postseason was uncertain.

"We'll see how it responds and everything, but we all hope," D'Antoni said. "We'll just see next week. I don't know right now."

Houston is set to take on Westbrook's former team, the Oklahoma City Thunder, in the first round.

Westbrook, who was a late arrival to the NBA's Walt Disney World Resort campus because he tested positive for COVID-19, first felt soreness in his right quadriceps after the Rockets' loss to the Portland Trail Blazers on Aug. 4. He sat out the next two games because of a right quad contusion, according to the team.


He played 28 minutes in Houston's loss to the San Antonio Spurs on Tuesday, recording 20 points, 5 rebounds and 6 assists. D'Antoni said Wednesday that he didn't think Westbrook had aggravated the injury.

Westbrook missed Wednesday's loss to the Indiana Pacers and had previously been ruled out for Friday's seeding-game finale against the Philadelphia 76ers.

A nine-time All-Star acquired in a blockbuster trade with the Thunder last summer, Westbrook has averaged 27.2 points, 7.9 rebounds and 7.0 assists per game in his first season with the Rockets.