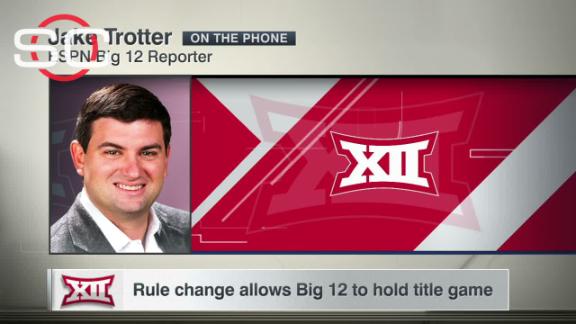 The Big 12 now has the ability to conduct a conference championship football game without expanding from 10 teams, thanks to a vote Wednesday at the NCAA convention in San Antonio.

The Division I council adopted a proposal allowing FBS conferences with less than 12 members to hold conference title games between the top two teams in its standings, so long as the conference plays a full round-robin regular-season schedule.

The vote by the council passed 7-2. The Atlantic Coast Conference and the American Athletic Conference voted against it. The Pac-12 didn't vote but later said it supported the change.

Big 12 commissioner Bob Bowlsby said it is too early to speculate whether this vote means the Big 12 will resume playing conference title games as it did for its first 15 years of existence.

"I appreciate that what was acted upon today takes into account our unique 10-team, full round-robin scheduling model," Bowlsby said in a statement. "However, this vote does not automatically mean the Big 12 will implement a football championship game.

"Our membership will continue to analyze its pros and cons, as we now know the requirements should we decide to go down that path."

Bowlsby will discuss those plans with Big 12 presidents and athletic directors in the near future but acknowledged a Big 12 title game could be worth $25 million to $30 million in TV rights.

Sources told ESPN's Brett McMurphy that it doesn't look as if the league would have a title game this coming season.

"It's unlikely unless there were new developments," a source said.

Another source said: "I guess there could be some way" to have a 2016 conference championship game, but added it was "doubtful."

Bowlsby, along with the ACC, had been fighting for full deregulation of conference title games in order to give the Big 12 more options for its future.

"We are constantly monitoring the environment," he told reporters after the vote. "What it does, it keeps us from being forced to expand."

Bowlsby's push for deregulation was met resistance from the Big Ten, which countered that a league with fewer than 12 teams should split teams into two divisions in order to host a title game. The ACC and AAC voted against the compromise proposal on Wednesday.

The Big 12 hosted neutral-site conference title football games from 1996 to 2010 before the departure ofColorado and Nebraska, and later Missouri and Texas A&M, left the league with 10 teams.

Big 12 coaches have publicly been divided on the topic of reinstating a title game, because such a game would always be a rematch.

"I don't think a championship game is the answer unless we're going to divide up South/North, East/West, whatever we want to do,"Oklahoma Statecoach Mike Gundy said last week. "This year wewould have played OU again. I don't think that's productive. I don't see what you get out of that." 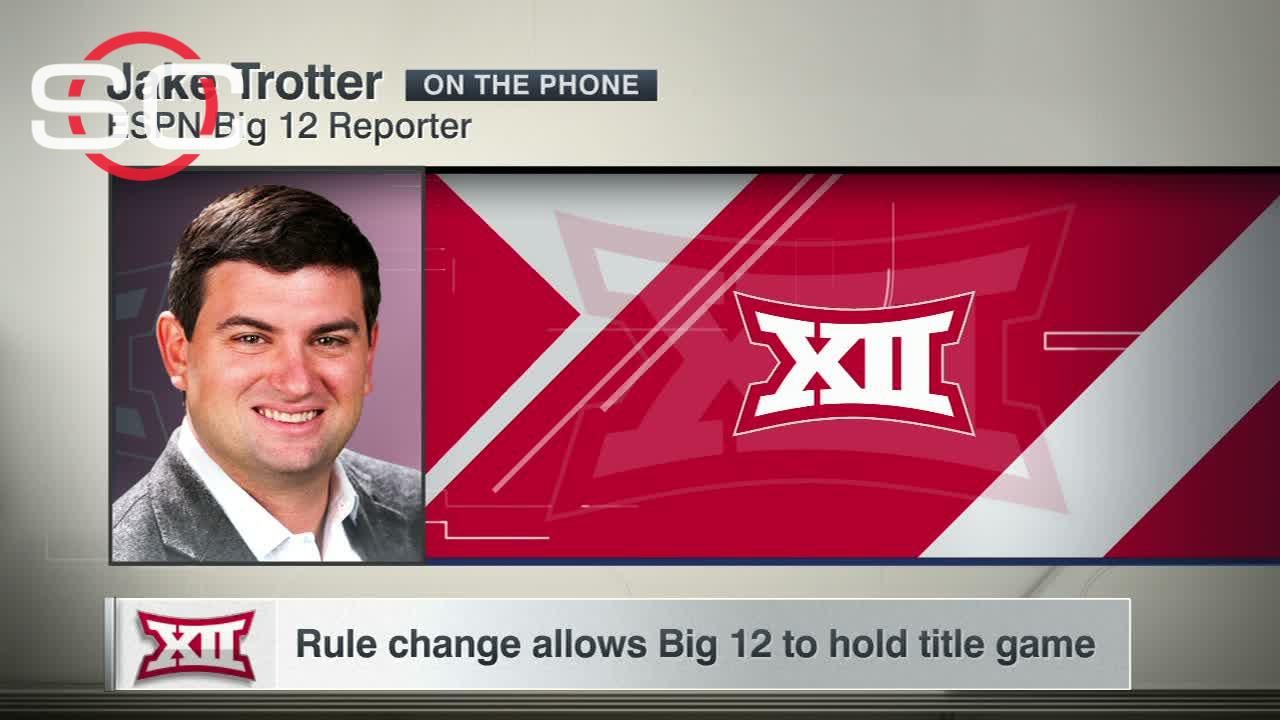