Rockets' Russell Westbrook (quad) to be reevaluated before NBA playoffs 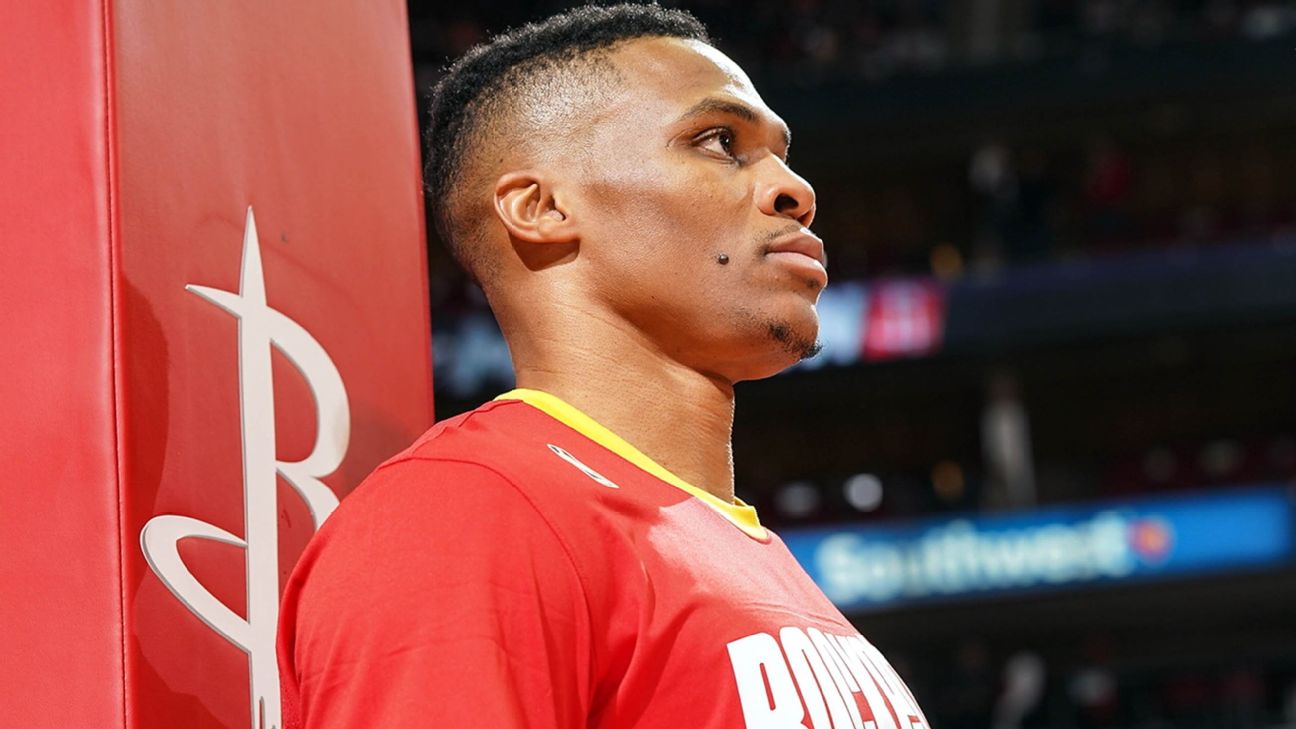 Houston Rockets guard Russell Westbrook's availability for the beginning of the NBA playoffs is uncertain after an MRI revealed a strained muscle in his right quadriceps, the team announced Wednesday.

Westbrook will not play in the remainder of the seeding schedule and will be reevaluated before the playoffs begin next week. Houston is set to take on Westbrook's former team, the Oklahoma City Thunder, in the first round.


"We'll see how it responds and everything, but we all hope," Rockets coach Mike D'Antoni said regarding Westbrook's status for the start of the playoffs. "We'll just see next week. I don't know right now."

The team had planned for Westbrook to sit out Wednesday's game -- a 108-104 loss to the Indiana Pacers in Lake Buena Vista, Florida -- to rest, but he now has been ruled out of Friday's game against the Philadelphia 76ers as well.

Westbrook, who was a late arrival to the NBA's Walt Disney World Resort campus because he tested positive for COVID-19, first felt soreness in his right quadriceps after the Rockets' loss to the Portland Trail Blazerson Aug. 4. He sat out the next two games because of a right quad contusion, according to the team.

He played 28 minutes in Houston's loss to the San Antonio Spurs on Tuesday, recording 20 points, 5 rebounds and 6 assists.

"I don't think he aggravated it," D'Antoni said. "During the game and after the game, he was fine. He woke up the next day and was sore, so they're checking it out to make sure it can respond to treatment. We don't know 100 percent right now, but he's definitely going to be out Friday and then we'll see."


Westbrook, a nine-time All-Star acquired in a blockbuster trade with the Thunderlast summer, has averaged 27.2 points, 7.9 rebounds and 7.0 assists in his first season with the Rockets.

"Guys have opportunities to step up and have got to be ready to go and take advantage of the minutes," Rockets star guard James Harden said. "Obviously, we all know how important Russ is to everything we're trying to accomplish. So the faster he can get his body right and get back on the court, the better off we'll be."

The Rockets will not have their complete starting lineup together for any of the eight seeding games. Guard Eric Gordon missed the first six games due to a sprained right ankle suffered in Houston's final scrimmage.

Gordon returned in Wednesday's loss to Indiana, scoring 13 points on 5-of-15 shooting and committing six turnovers before reaching his limit of 20 minutes.

"I did feel pretty good out there," said Gordon, who was 1-of-9 from 3-point range. "I've still got to get my timing back right -- mechanics of getting into my shot and all the little things. But that will come with time. It was good to get to the basket and do things I normally do. It was good to show explosiveness and all that." 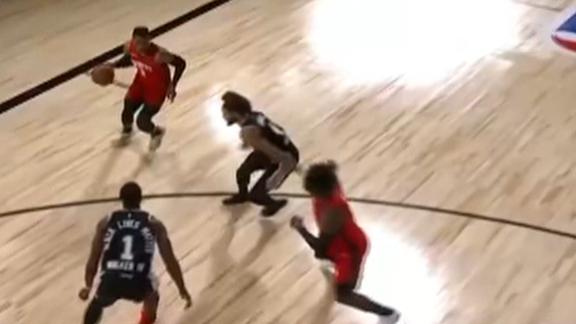