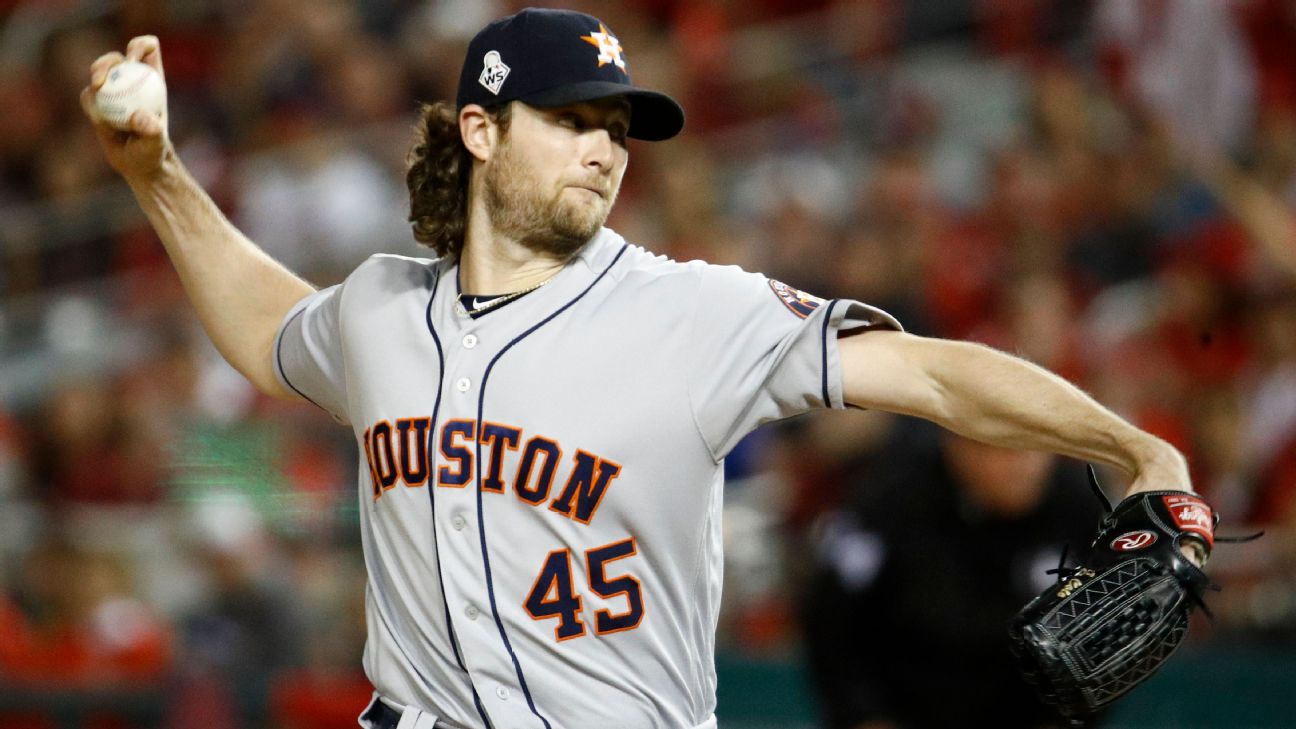 ESPN
NEW YORK -- Gerrit Cole, the top pitcher on the free-agent market, was set to meet with New York Yankees officials in California on Tuesday.

General manager Brian Cashman, manager Aaron Boone and new Yankees pitching coach Matt Blake made the trip to speak with the right-hander, according to multiple reports. The news was first reported by The Athletic.

New York is expected to meet Wednesday with free-agent right-hander Stephen Strasburg, according to reports. Strasburg, 31, and Cole, 29, both are represented by Scott Boras.

New York selected Cole with the 28th overall pick of the 2008 amateur draft, but he decided not to sign and attended UCLA instead. Pittsburgh took him with the first overall pick in 2011 and agreed to an $8 million signing bonus.

Cole was 20-5 with an AL-best 2.50 ERA and a major league-high 326 strikeouts this year for the AL champion Houston Astros, who acquired him from the Pirates before the 2018 season. He is 94-52 with a 3.22 ERA in seven big league seasons. He lives in Santa Ana, California.

Domingo German, who went 18-4 this year, ended the season on administrative leave under Major League Baseball's domestic violence policy and could be suspended for the start of next season. Jordan Montgomery returned in September from Tommy John surgery in June 2018.