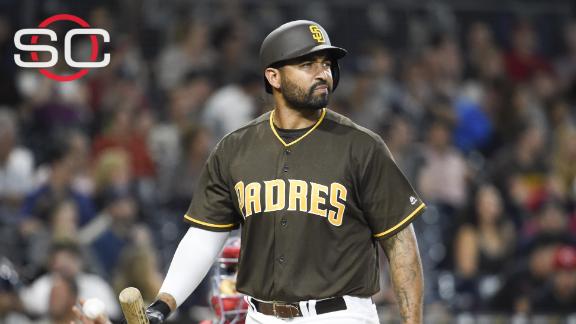 The San Diego Padres have traded outfielder Matt Kemp to the Atlanta Braves for third baseman Hector Olivera, according to a report by the Atlanta Journal-Constitution.

The trade is the latest among a series of deals the Padres have made in the past two months as they move to rebuild.

Kemp, 31, has struggled in two seasons since the Padres acquired him in a trade with the Los Angeles Dodgers. This season, he is hitting .265 with 23 home runs and 69 RBIs, but has posted a .285 on-base percentage.

Olivera, a 31-year-old Cuban defector, has played just 30 games since signing a six-year, $62.5 million contract with the Dodgers before being traded to Atlanta last summer.