Predicting the next NFL players who could force contract standoffs 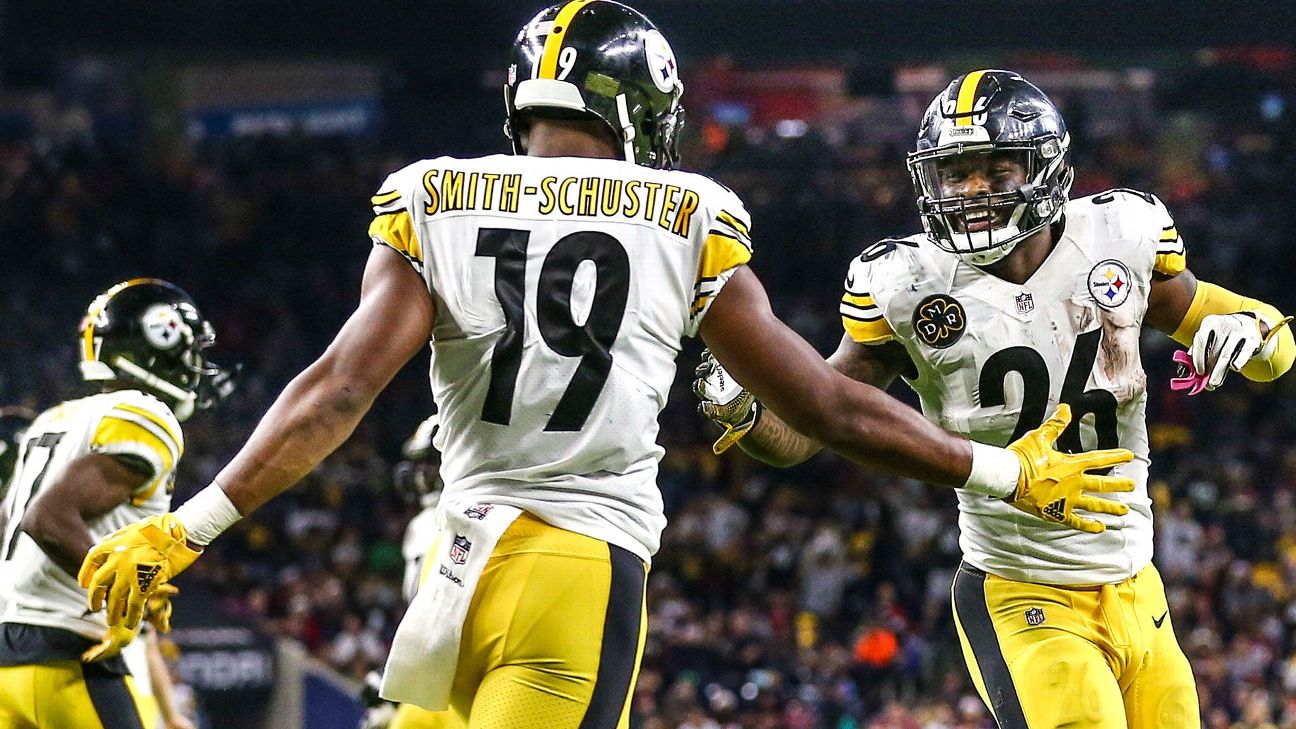 What Le'Veon Bell did in 2018 was historic. And when someone does something historic, it's natural to wonder who will be the next to try it.

Sitting out an entire NFL season to make sure he reached free agency healthy and scored the kind of contract Bell believed he deserved was a gambit few saw coming, and it challenged many of the commonly held perceptions of an NFL player's individual power in the marketplace. In an economic structure that allows teams to delay long-term contracts well beyond the point at which players have earned them, Bell exerted the leverage he had (the withholding of services) to deny the Pittsburgh Steelers what they wanted.

This was a win for other players, if they were paying attention, because it proved to them (and to their teams) that it's possible for a player to make good on a threat to sit out if he doesn't get what he wants. The next time a player or his agent suggests that he might skip the season, we'll only have to go back to 2018 to find an example of one who did just that.

With that in mind, Pittsburgh could have a similar problem on its hands in a couple of years with another star second-round pick. Standout wide receiver JuJu Smith-Schuster is entering his third NFL season and is vastly underpaid. He can't make an issue of it this year or next, because unless a player has put in four years' worth of service time, he has to report within 30 days of the start of the season or lose a year of credit toward free agency. But the Steelers and their fans certainly hope Smith-Schuster continues to play at a level that keeps his contract looking like a steal.

Now, every circumstance is different, and many players likely wouldn't want to subject themselves to the public heat Bell absorbed. We don't know this far out whether Smith-Schuster is the kind of guy who would make a major issue out of his rookie contract in its final years or chafe against a franchise tag as Bell did. Just Wednesday, Smith-Schuster made a point of announcing he didn't plan to make trouble. As one person I interviewed while researching this story pointed out, being a lifelong Steeler carries post-career financial benefits that Bell won't get to enjoy the way guys like Franco Harris do.

All of that said, the NFL's economic structure remains one in which great young players often are playing for far less than what the market would say they're worth. And as long as that's the case, some players and agents are going to try to see what they can do to get around it. We took a look at some players who could, over the next few years, be the next Le'Veon Bell and force a team's hand by sitting out. This is a partial list.

Jump to a player:

For the most part, first-round picks don't fit into this category because they get paid so much up front. Clowney already has pocketed more than $34.5 million from his fully guaranteed four-year rookie contract and its fifth-year team option. This is his sixth season, and the Texans have elected to franchise him at the cost of $15.967 million. Assuming he has saved well and invested wisely, Clowney never has to work another day in his life.

Unlike a lot of the other guys on this list, he can afford to sit out the season if he doesn't want to play on the franchise tag. The problem is, Houston could franchise him again next year (an option that wasn't financially realistic for the Steelers with Bell, since they already had franchised him twice). So if he doesn't like the tag, Clowney's best hope is that the Texans do for him what theKansas City Chiefsdid for Dee Ford and theSeattle Seahawksdid for Frank Clark: Trade him to a team that will give him the contract he wants. Clowney is really the only star player from the 2014 draft who hasn't yet scored a long-term deal, so we put him in here because his situation is front and center and could be an issue this summer.

Gordon falls into the "underpaid" category because of his position. He has averaged $2.67 million a year on his four-year rookie deal and is scheduled to play this season on a $5.605 million team option. (The rookie wage scale doesn't do any favors for running backs or safeties picked outside of the top 10.) Gordon has averaged 1,457 scrimmage yards and 13 touchdowns a season over the past three years, and he obviously would have made much more than $5.6 million had he hit the free-agent market this offseason.

Jones' case is an odd one. He is playing cornerback for the Cowboys now, but his fifth-year-option salary for this season is the safety number of $6.26 million, as opposed to the corner number of $9.07 million. This is because Jones played the bulk of his third-season snaps at safety, and that's how they decide your position for purposes of the fifth-year option. (Cleveland's Damarious Randall, a safety who used to play cornerback, is in the opposite position, which helps his leverage in contract talks with theBrowns.)

The Cowboys would like to extend Jones, and they likely will, after they address the Dak Prescott and Amari Cooper situations. But it hurts Jones that the starting point for negotiations (that is, his current salary) is lower than it would be if it reflected the position he currently plays.

Pick: No. 47 in 2016
First-rounders from 2016 such as Joey Bosa, Ezekiel Elliott and Jalen Ramsey could create contract-related messes for their teams in the coming years, but let's leave those guys out for now because they were picked very high and already have made a bunch of money.

Thomas is in a group with a real gripe. Unlike the first three guys on this list, he was not a first-round pick, but rather a second-rounder in 2016. This means the Saints don't get a fifth-year option on him, and Thomas has only one year left on his rookie deal. No player in NFL history has caught more passes in his first three seasons than Thomas.

Julio Jones, Antonio Brown, DeAndre Hopkins and Mike Evans are the only players who have caught more passes than Thomas over the past three seasons.

Those guys make an average of $16 million per year. Thomas is scheduled to earn $1.148 million this year, and it's not even guaranteed. What would you do if you knew you were worth 14 times more than you're making? I'm guessing "show up for voluntary offseason workouts" isn't part of the answer, though Thomas has been doing just that. It would be a major shock if New Orleans didn't make Thomas a lucrative extension offer this summer. The question is whether that offer will be good enough to convince Thomas to take the bird in the hand or whether he wants to bet on himself, wait it out and try free agency.

Pick: No. 69 in 2016
Ngakoue has 29.5 sacks in his three NFL seasons. Only nine players have more, and their average annual salary is $17.14 million per year. Ngakoue is scheduled to earn $2.025 million this year, which actually is more than his original rookie contract called for. Players picked in the third round or later who participate in at least 35 percent of their team's offensive or defensive snaps in two of their first three seasons get performance-based salary escalators in their fourth seasons, and Ngakoue fell into that category. (Note: Second-round picks do not get the escalators, providing yet another gripe for those in the Thomas/Jones/Whitehair group discussed above.) But even with the bump, Ngakoue is earning maybe one-ninth of his market value this year, unless the Jags extend him.

Other third-through-seventh-round picks from 2016 who fall into Ngakoue's category include (but are not limited to)Tennessee Titanssafety Kevin Byard,Baltimore Ravenslinebacker Matthew Judon,New England Patriotsoffensive lineman Joe Thuney and, of course, Cowboys quarterbackDak Prescott. And don't forget aboutIndianapolis Coltsbackup quarterback Jacoby Brissett, who is a fascinating case unto himself. Franchising him isn't going to be an option as he sits behind Andrew Luck. What kind of deal could he get from the Colts if he really wanted to force their hands?

We mentioned Smith-Schuster earlier, but the year in which he could "pull a Le'Veon" would be 2022. This assumes he continues his high-level production and that the Steelers franchise him in 2021 and again in 2022, mirroring Bell's path. Smith-Schuster is in line to be the Steelers' No. 1 wide receiver with Antonio Brown gone. Even with Brown on the team last season, Smith-Schuster finished fifth in the league in receiving yards. He is scheduled to make nearly $850,000 this year and $1.04 million in 2020. And remember, as a second-rounder, he is not eligible for performance-based escalators. Another 1,400-yard season would make Smith-Schuster the league's best bargain. Except for maybe this next guy.

It's a weird quirk of the system that Kamara, the third pick of the 2017 third round, will end up making more on his rookie deal than Smith-Schuster, the 30thpick of that year's second round. Once the performance-based escalator kicks in, Kamara's 2020 salary will jump from $977,500 to more than $2 million. A nice bump, but nowhere close to the salaries of Todd Gurley II, Ezekiel Elliott or Julio Jones, the only players with more yards from scrimmage than Kamara over the past two seasons. (Gurley is the only player who has scored more touchdowns.) Even with Elliott on his rookie deal, that trio averages $11.6 million a year. Kamara will average maybe $1.5 million over the next two years. Just like Smith-Schuster and anyone else drafted in 2017, Kamara has to wait until after this season to negotiate a new contract. If the Saints can't get him extended next offseason, you wonder if Kamara decides to create a problem.

Other third-through-seventh-round picks from 2017 who could fall into Kamara's category include Steelers running back James Conner, Bears safety Eddie Jackson, Bears running back Tarik Cohen andSan Francisco 49erstight end George Kittle. You could even addDenver Broncosrunning back Phillip Lindsay to this particular list of names to watch, as he was undrafted in 2018 and rushed for more than 1,000 yards as a rookie. Undrafted players only sign three-year deals, so Lindsay's contract runs out at the same time as those picked after the first round in 2017. If he goes over 1,000 again in Year 2 ... who knows? 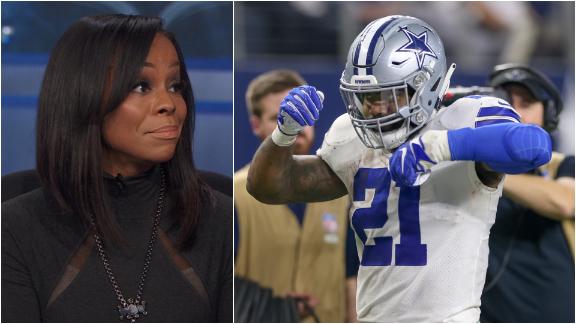