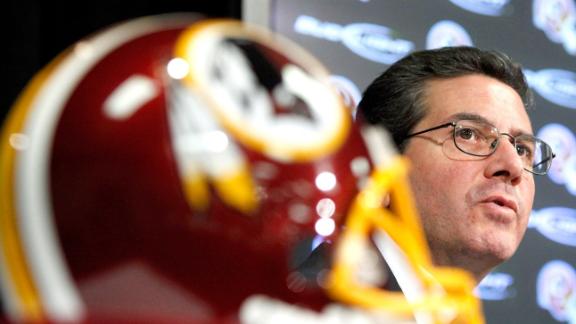 Nearly three-fourths of Americans favor letting the Washington Redskins keep their nickname, but the percentage who think it should be changed has tripled in the past two decades, according to a poll conducted by Langer Research for "Outside the Lines."

Nearly a quarter (23 percent) of Americans surveyed now think the name should be changed, up from 8 percent in 1992 and up 9 percentage points in the past year alone.

The poll of 1,019 Americans, conducted on landlines and cellphones between Aug. 20 and Aug. 24, found that 71 percent favor keeping the nickname -- but that's down from 89 percent when the question was first asked 22 years ago. It also found that 68 percent of people responding think the nickname is not disrespectful of Native Americans, compared to just 9 percent who say it is "a lot" disrespectful. (Nineteen percent say it shows "some" disrespect.)

A total of 54 percent of respondents think the name is unlikely to be changed, compared to 42 percent who think it will. (The rest had no opinion.)

Calls to change the team's nickname have increased recently.

In June, the United States Patent and Trademark Office canceled the team's trademarks in a 2-1 ruling on the basis that they are "disparaging to Native Americans." The team has appealed the ruling and has said it is confident it will be overturned.

Last month, Maryland Gov. Martin O'Malley said on his Facebook page that it is "probably time" for the Redskins to change the nickname. The team plays at FedEx Field in Landover, Maryland.

A nonscientific survey by ESPN's NFL Nation revealed that 58 percent (167) of 286 players questioned say the Redskins should not change their name, but 42 percent (119) said they should. Of 51 Redskins players polled in a separate survey, 26 said the team should keep the name, one said it should be changed, and 24 didn't want to answer.

The polling conducted for "Outside the Lines" showed no difference in attitude between men and women, or whites and non-whites.

"Back in 1992, when about nine in 10 Americans opposed changing the team's name, opinion was basically uniform across groups," according to Langer Research. "The increase since then in support for a change has occurred chiefly among Democrats, younger adults, those living in the Northeast and West, and people with higher incomes and more education."