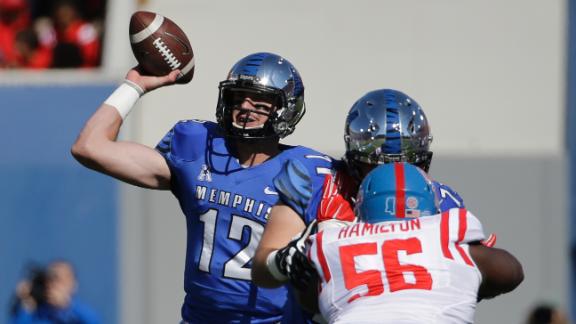 MEMPHIS, Tenn. -- Paxton Lynch and the upstart Memphis Tigers showed that their high-scoring offense can work against anybody.

Even a nationally ranked opponent from the mighty Southeastern Conference.

Lynch threw for 384 yards and three touchdowns to lead Memphis over No. 13 Mississippi 37-24 in a convincing victory that showed the Tigers might just be the best team in the country that isn't in a Power Five conference.

Memphis (6-0) has won 13 straight games dating back to last season, which is the third-longest streak in the nation along with Ohio State and TCU. It was the first win for the Tigers over a ranked opponent in 16 games since 1996.

Ole Miss (5-2) jumped out to a 14-0 lead less than six minutes into the game -- partly thanks to a 68-yard touchdown pass by receiver Laquon Treadwell on a trick play -- but Memphis responded with 31 unanswered points to take a 31-14 lead early in the third quarter.

"We got down early and there were a couple of long faces on the sideline, but we knew we had to keep plugging away," Lynch said. "We knew early in the game we were moving the ball on them."

According to ESPN Stats & Information, it was the fourth time this season that Memphis has rallied to win after trailing by 10 points or more -- tops in the nation.

The rankings may say this game was an upset, but the Tigers didn't appear overmatched.

The Rebels were able to pull within 31-24 later in the third quarter, but could get no closer. Treadwell caught a school-record 14 passes for 144 yards and a touchdown.

The 6-foot-7, 245-pound Lynch was superb, doing whatever he wanted against the Rebels' secondary. He completed 39 of 53 passes, helping the Tigers regroup following the rough start.

It helped that he had plenty of time to throw. When the game was over, jubilant fans poured onto the field to celebrate. Security guarded the goal posts and fans took selfies with players.

"I got hit harder in that (postgame) pile than I did the whole game with all those fans smacking me on top of the head," Lynch said.

Anthony Miller was Lynch's favorite target, catching 10 passes for 132 yards and a touchdown.

Memphis coach Justin Fuente was pleased with the way his team responded to the early adversity.

"Invariably when you've got a young, inexperienced team, they get out there and try to do more than they're supposed to," Fuente said. "They settled down and made some plays."

The Rebels had some good moments, but a disastrous second quarter proved too much to overcome.

It was an implosion accelerated by two questionable coaching calls.

The first was when Robert Nkemdiche, one of the team's best defensive players, was injured while running the ball in a short-yardage situation. The team said the 6-foot-5, 296-pounder suffered a concussion and he didn't return.

The second decision was even more stunning. Freeze opted to stay with his offense on fourth-and-1 even though Ole Miss was at its own 34. Kelly didn't come close to converting on the run, Memphis took over and scored a touchdown seven plays later to take a 24-14 lead going into halftime.

Memphis pushed its lead to 31-14 in the third quarter before Ole Miss finally righted itself, responding with 10 straight points. But it was too little too late.

Ole Miss has lost two of three since a road victory over Alabama in September.

"You've got to give all the credit to Memphis," Kelly said. "They played hard. They played to the whistle and knew what they were doing."

Jake Elliott kicked a crucial 42-yard field goal with 9:44 left remaining that gave Memphis a 34-24 lead and halted the Rebels' momentum. The Tigers later used a clock-chewing drive that lasted more than seven minutes and resulted in another field goal to finish off the victory.

After that, it was time to celebrate for Memphis, which earned arguably its biggest win since beating No. 6 Tennessee 21-17 in 1996. Usually known as a basketball school, the game drew 60,241 fans, which was the most for the Liberty Bowl since 2006. 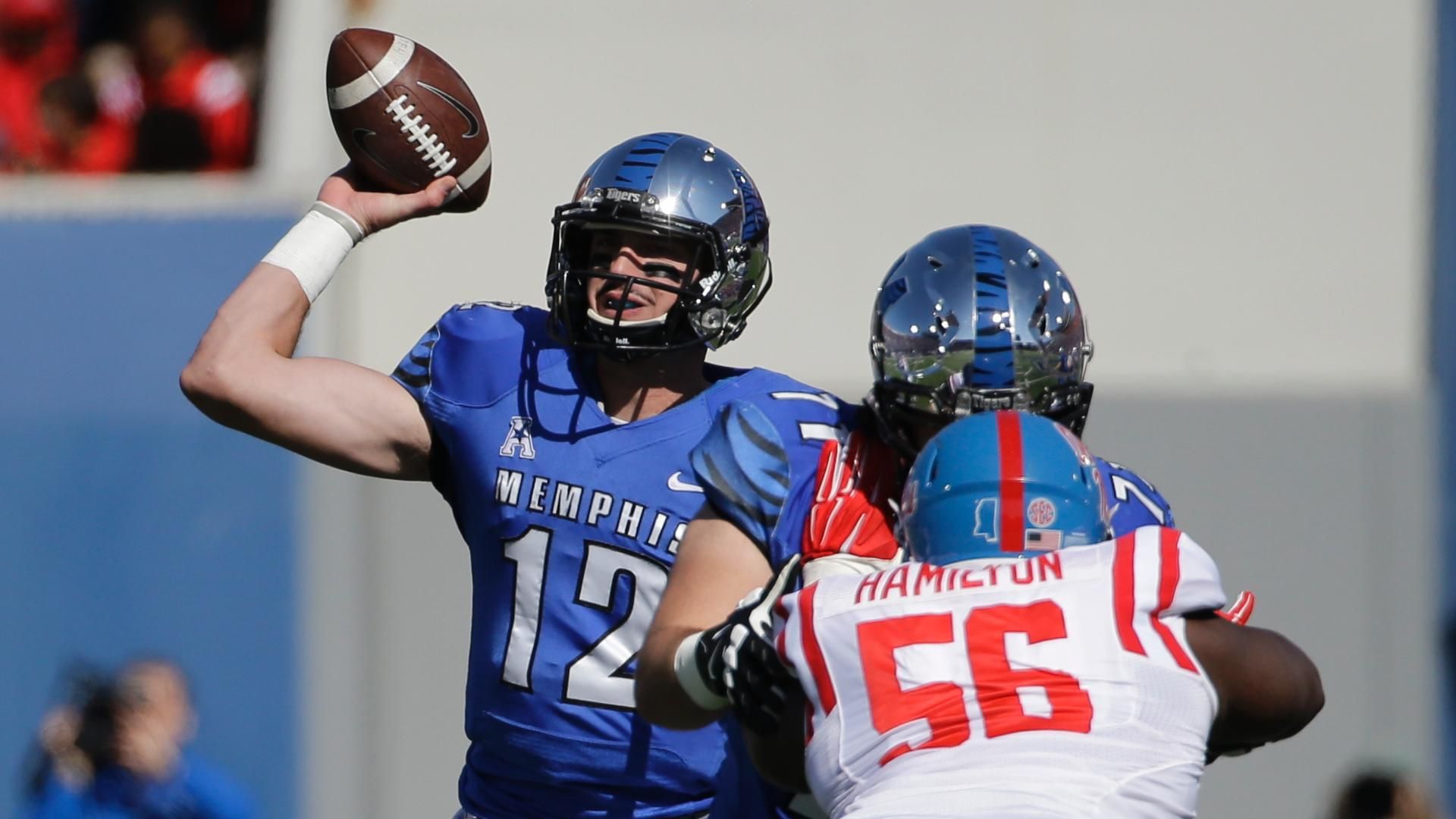