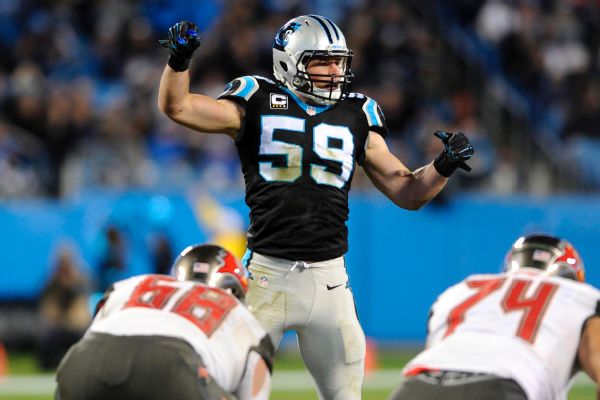 CHARLOTTE, N.C. -- Carolina Pantherslinebacker Luke Kuechlyhasn't been cleared from the league's concussion protocol and will not play in Sunday's game against the San Diego Chargers, the team announced Saturday.

Kuechly, who has missed the past two games, was a full participant in Friday's practice for the first time since suffering the injury in a Nov. 17 win against New Orleans. Coach Ron Rivera was hopeful that Kuechly would pass the final test in the protocol and be able to play.

Starting strong safety Kurt Coleman and cornerback Daryl Worley have cleared the protocol and are available to play against the Chargers. They, too, were full participants in Friday's practice.

Without Kuechly, the Panthers (4-8) have allowed 900 total yards and 75 points in games against Oakland and Seattle.

A.J. Kleinwill make his third start for Kuechly. The 2013 Defensive Player of the Year also missed three games with a concussion last season.