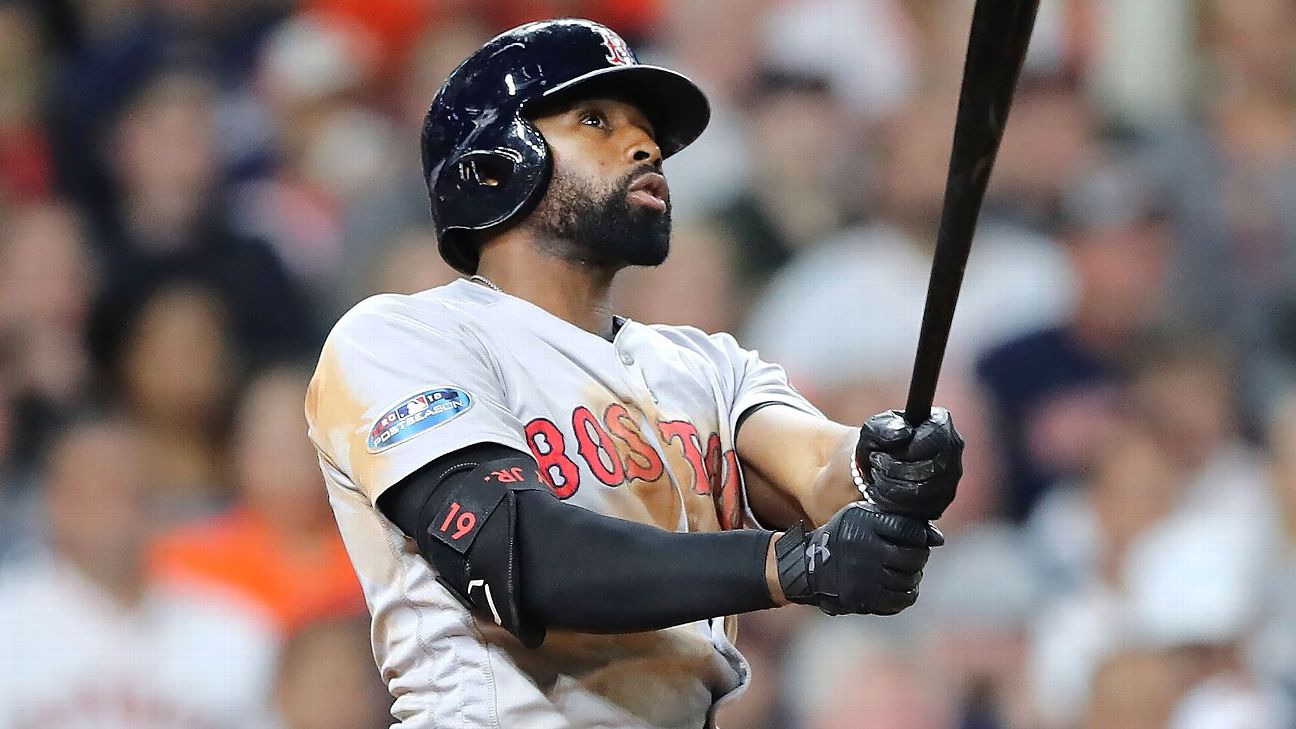 Some notes and numbers from the Boston Red Sox's American League Championship Series victory over the Houston Astros:

JBJ all the way

One of the keys throughout the series for the Red Sox was their production with two outs, and no one produced more in those situations than Jackie Bradley Jr., who was named ALCS MVP despite having only three hits in 15 at-bats. But he made those three hits count: a three-run double in Game 2, a grand slam in Game 3 and a go-ahead two-run homer in Game 4.

Bradley did not have a hit in nine plate appearances with no outs or one out, but was 3-for-6 with two home runs, a double and nine RBIs when batting with two outs.

Bradley's nine RBIs with two outs tied for the second-most ever in a postseason series, trailing only Yogi Berra's 10 RBIs in the 1956 World Series.

Rafael Devers had the biggest hit of the Game 5 clincher with a three-run homer off Justin Verlander in the sixth inning that gave Boston a 4-0 cushion. Devers' home run, which landed in the front row of the Crawford boxes in left field, wouldn't have cleared the walls in any other park than Minute Maid, assuming neutral weather conditions.

Devers' three postseason home runs before turning 22 are the second most in history, trailing Mickey Mantle, Miguel Cabrera, Bryce Harper and Andruw Jones. Devers is tied with Cabrera for the second most postseason RBIs before turning 22 with 12 (Jones had 14). Devers has only one game to move up those charts though. His 22nd birthday is Oct. 24, the day of Game 2 of the World Series is scheduled.

Rookie of the year

The Red Sox advancing to the World Series means it's yet another shot for a Boston-area pro sports team to win a title.

There have been only three years since 2001 when at least one of the the five MLB/NBA/NHL/NFL/MLS teams in the Boston area (Patriots, Celtics, Bruins, Red Sox and New England Revolution) did not compete in the championship round. 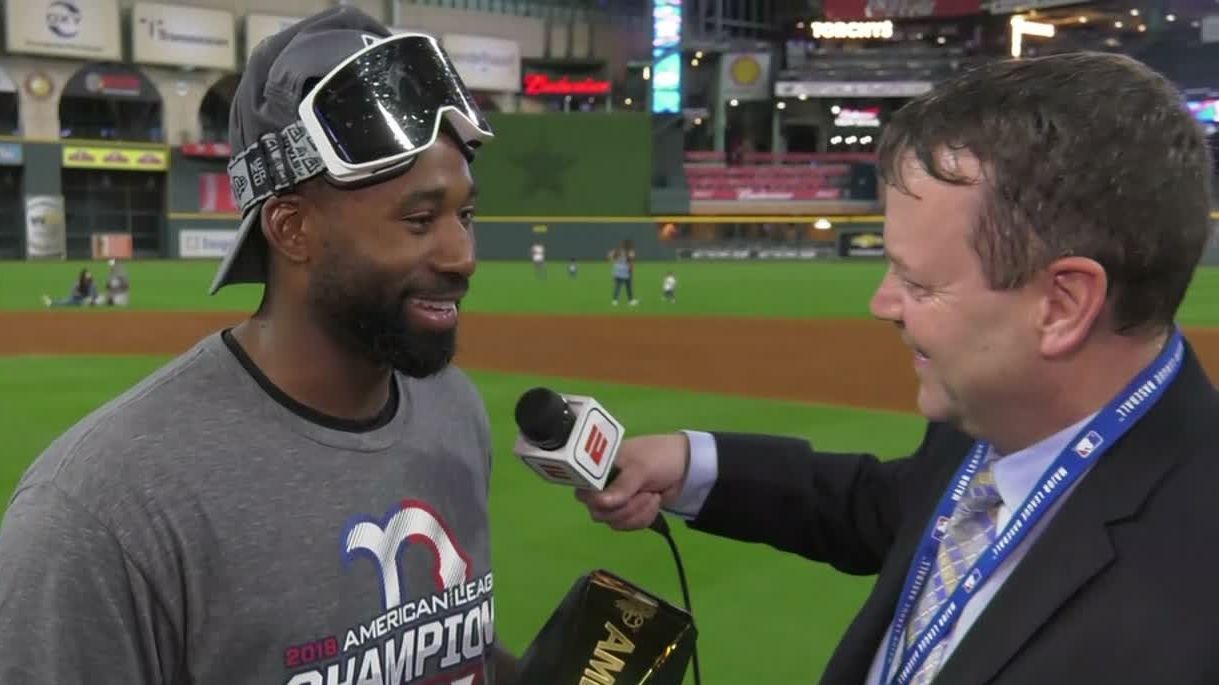