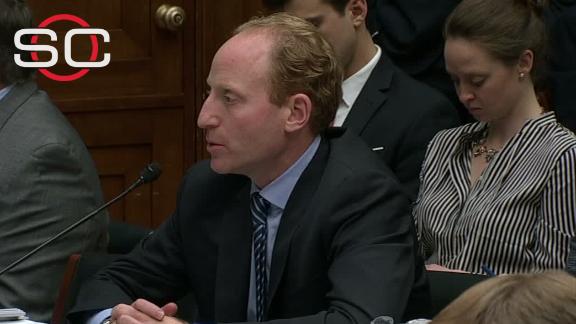 WASHINGTON, D.C. -- The NFL's top health and safety officer acknowledged Monday there is a link between football-related head trauma and chronic traumatic encephalopathy, or CTE -- the first time a senior league official has conceded football's connection to the devastating brain disease.

The admission came during a roundtable discussion on concussions convened by the U.S. House of Representatives' Committee on Energy and Commerce. Jeff Miller, the NFL's senior vice president for health and safety, was asked by Rep. Jan Schakowsky, D-Ill., if the link between football and neurodegenerative diseases like CTE has been established.

"The answer to that question is certainly yes," Miller said.

He said he based his assessment on the work of Dr. Ann McKee, a Boston University neuropathologist who has diagnosed CTE in the brains of 176 people, including those of 90 of 94 former NFL players. The disease can only be diagnosed after death.

"I think the broader point, and the one that your question gets to, is what that necessarily means, and where do we go from here with that information," Miller said, noting that little is known about the prevalence of the disease or the risk of incurring it.

On Tuesday, the NFL released this statement:"The comments made by Jeff Miller yesterday accurately reflect the view of the NFL."

In 2009, an NFL spokesman told the New York Times that it is "quite obvious from the medical research that's been done that concussions can lead to long-term problems." But when pressed by Congress and in interviews, NFL commissioner Roger Goodell and other league representatives have for years avoided taking a position, repeating that the league would let the medical community decide. The league had never expressly linked playing football to CTE.

During Super Bowl week, Dr. Mitch Berger, a San Francisco neurosurgeon who leads the NFL subcommittee on long-term brain injury, asserted that there is still no established link between football and CTE.

Schakowsky seized on Berger's remarks during the informal discussion, in which several brain injury experts gathered around a rectangular table to discuss the science surrounding concussions.

"The NFL is peddling a false sense of security," Schakowsky said. "Football is a high-risk sport because of the routine hits, not just diagnosable concussions. What the American public need now is honesty about the health risks and clearly more research."

She then asked McKee and Miller to answer "yes" or "no" about whether a connection between football and CTE has been established.

"I unequivocally think there's a link between playing football and CTE," McKee said. "We've seen it in 90 out of 94 NFL players whose brains we've examined, we've found it in 45 out of 55 college players and six out of 26 high school players. No, I don't think this represents how common this disease is in the living population, but the fact that over five years I've been able to accumulate this number of cases in football players, it cannot be rare. In fact, I think we are going to be surprised at how common it is."

Schakowsky then turned to Miller. After acknowledging the link, he said: "But there's also a number of questions that come with that."

As he tried to continue, Schakowsky interrupted.

"Because we feel -- well, I feel -- that was not the unequivocal answer three days before the Super Bowl by Dr. Mitchel Berger," Schakowsky said.

Miller declined to elaborate on his remarks after the session. As reporters tried to ask follow-up questions, he left accompanied by a league spokeswoman, Jill Pike.

Hours after Miller's comments, a lawyer representing seven former players objecting to the proposed settlement of the concussion lawsuit against the NFL sent a letter to the Third Circuit Court of Appeals. The letter argued that Miller's acknowledgement of a link and of McKee's work reflects a "stark turn" from the league's position, underscoring the objectors' argument that CTE was not adequately addressed in the settlement. Attorney Steven Molo wrote that Miller's comments "directly contradict" the NFL's position in the case.

A judge previously approved a settlement between the league and thousands of former players who were suing the NFL for allegedly concealing the link between football and brain disease. The settlement is on hold while the objections are being considered.

The roundtable convened more than a dozen concussion experts and included representatives of the federal government, the military, the scientific community and the NCAA. Several of those present were affiliated with the NFL.

The conversation focused on the growing debate over the seriousness of the concussion issue, and what should be done about it. Some of the speakers said that awareness and treatment of concussions has never been better, and that the risks of playing contact sports like football have been overstated.

"The sky is not falling," said Dr. David Cifu, chairman of Virginia Commonwealth University's Department of Physical Medicine and Rehabilitation, noting that the risk of children incurring health issues such as obesity is greater by not playing sports than the risk of incurring a devastating concussion.

Others cautioned against conflating concussions with CTE, a distinct neurodegenerative disease that has only been found in people who have been exposed to head trauma, usually on multiple occasions.

"We don't know how common this is; we are desperate to find a way to diagnose it in [living] people," said Dr. Walter Koroshetz, director of the National Institute for Neurological Disorders and Stroke. 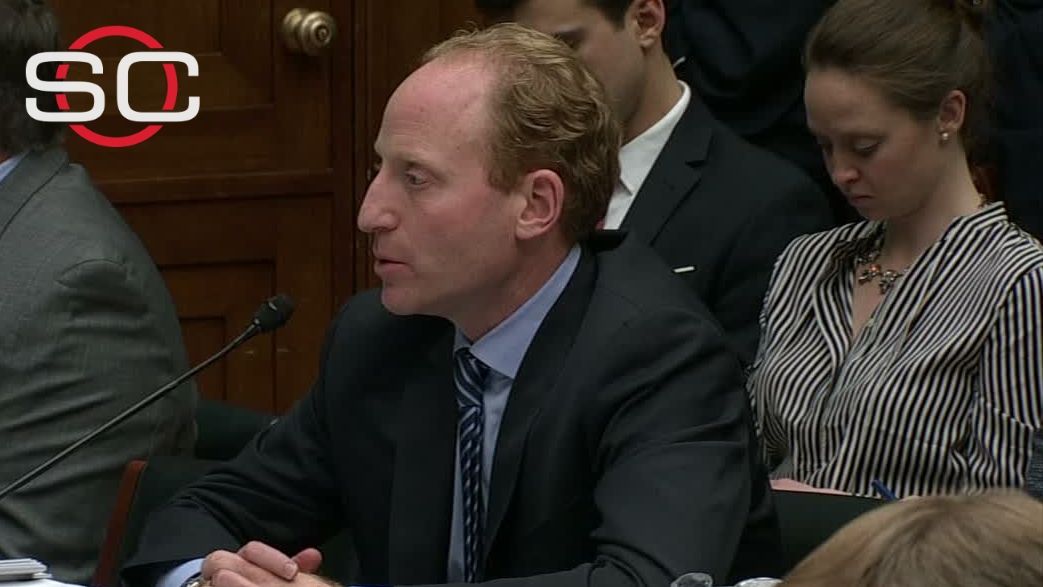