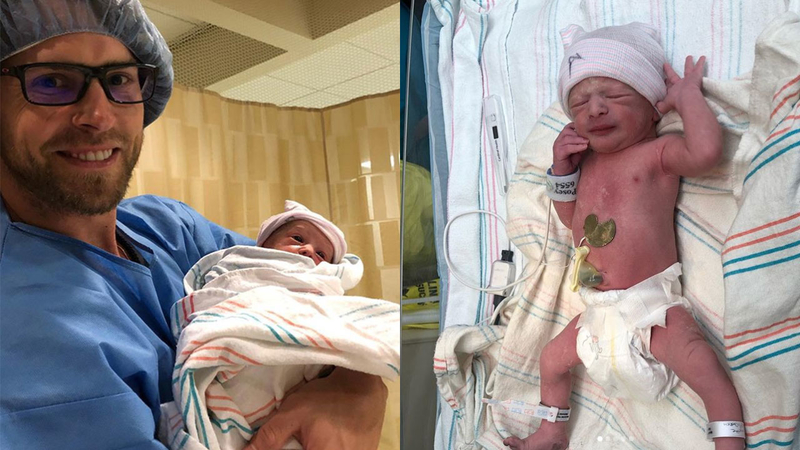 The couple welcomed Maverick Joshua and Ryder Blaze to the world.

In an Instagram gallery posted Thursday, the outfielder said Ryder, who weighed in at 5 pounds, 10 ounces, "was having some trouble breathing" and spent the night in the neo-natal ICU. Ryder would still need to be monitored for at least another 24 hours, Josh added.

Maverick outweighed his brother at 6 pounds.

"We can't wait to be officially together as our family of 4!" Josh concluded his post.

Back in April, the couple announced the arrival of the kids in an Easter-themed posting.

Reddick is hoping to add another ring to match his twin boys. He and the 'Stros play Game 1 of the American League Division Series on Friday.

The Reddick twins will have some iconic rainbow sweaters of their own!

Outfielder Josh Reddick is known to be a fan of Spider-Man, and it was fitting that his wife, Jett, had a superhero-themed baby shower at the ballpark.