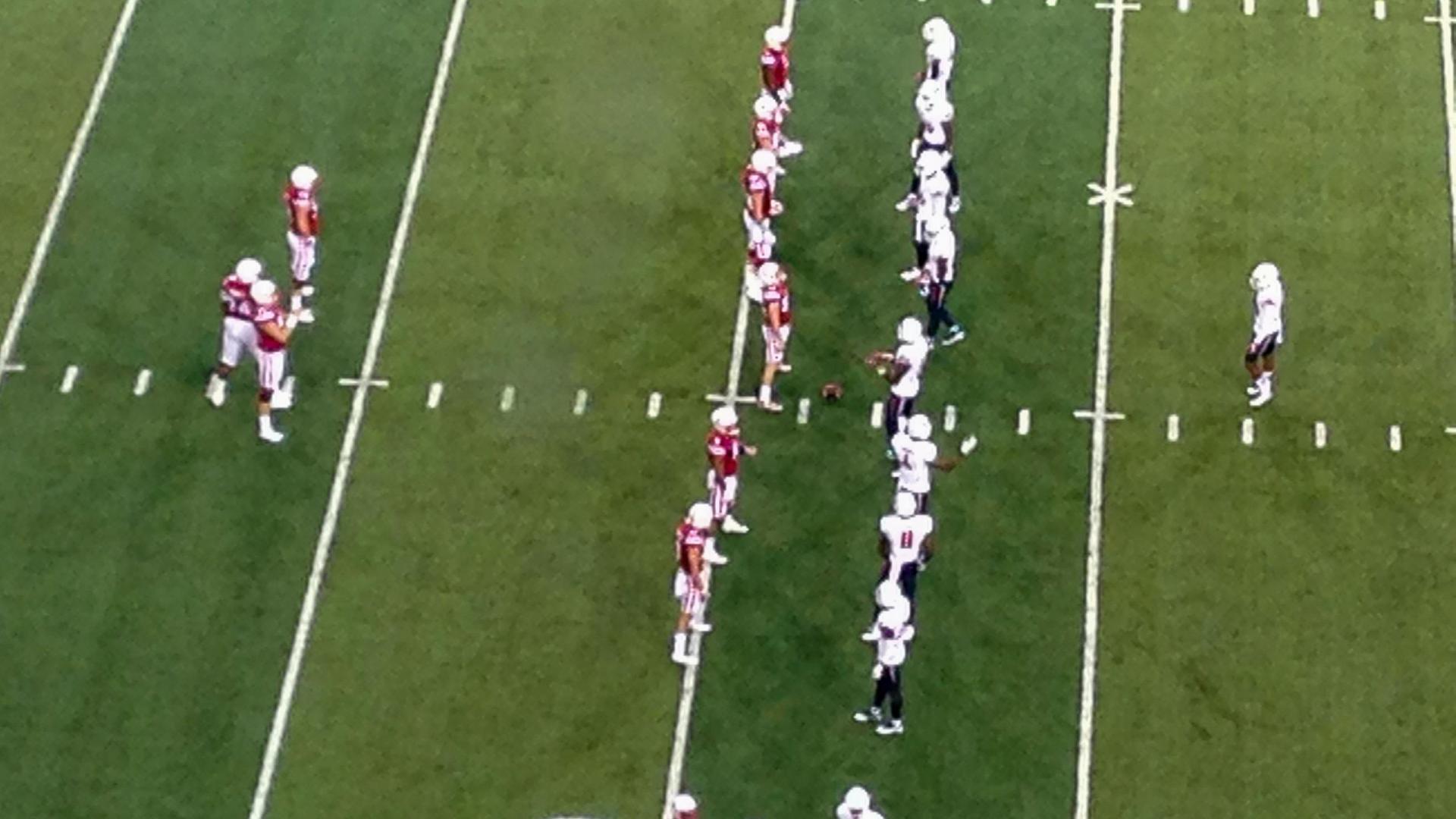 LINCOLN, Neb. -- Nebraska honored fallen former punter Sam Foltz in the first quarter of its season-opening 43-10 win Saturday at Memorial Stadium by lining up in formation without a player at his position.

The Cornhuskers, in a scoreless tie with Fresno State, took a delay-of-game penalty on their first possession after just 10 players took the field to punt from their own 32-yard line with 13:30 on the clock.

The sellout crowd of more than 90,000 responded with a roar as Foltz's family looked on minutes after an emotional pregame ceremony.

"It was an incredible feeling," Nebraska quarterbackTommy Armstrong Jr. said, "knowing how much he meant not only to us, but to the community and the fans out there."

Several hundred people attended Foltz's July 29 funeral in Grand Island, Nebraska, and his legacy continues to grow. A former walk-on, Foltz was known for his dedication to community service and academics.

A sign with Foltz's last name and No. 27 jersey hung Saturday at field level from the student section in the southeast corner of the stadium. Another sign in the stadium Saturday read "A Season for Sam."

Before kickoff, many fans entered the stadium in T-shirts that displayed Foltz's number.

"Just to honor him," said Sheri Leffler of West Point, Nebraska, who traveled to Lincoln with her husband, Dann Leffler, and grandsons, Preston Johnson, 15, and Creighton Johnson, 12. "He's a role model for these kids. They look up to him for the things he did, just a small-town Nebraska guy."

The season opener marked the first game for Creighton Johnson.

"He worked hard, and he made it," Dann Leffler said about Foltz. "Any child out there has got to follow his steps, his footprints. I really appreciate what he did for our program. We're here to honor him."

Before the game, Foltz's parents, Gerald and Jill Foltz, presented Nebraska kicker Drew Brown with the Sam Foltz Memorial Scholarship, to be awarded annually to a member of the football program who embodies Foltz's leadership traits -- a commitment to service and an ability to encourage and empower others.

"It's just quite an honor to afford Drew with an honor that exemplifies what Sam was on and off the field," Jill Foltz said.

Brown and Foltz were close friends. Foltz doubled as Brown's holder. Brown also attended the July camp in Wisconsin. He led the Huskers onto the field before kickoff in step with Foltz's two young nephews, both of whom wore their uncle's jersey.

Brown and kicker Spencer Lindsay carried Foltz's jersey from the locker room to the field for warm-ups two hours before kickoff. After that moment, Brown said, he planned nothing. It all happened naturally.

"Sam was a guy I would do anything in the world for to model myself after," Brown said. "He was my best friend. I'm never going to forget this night."

Nebraska used a swinging-gate look on extra points Saturday, a formation it added in spring practice to capitalize on Foltz's athleticism. He was replaced as holder by Zack Darlington, who scored on a two-point conversion out of the new set in the fourth quarter.

"I thought it was hard," Read said. "It was sad. This is a tight-knit group. We all miss Sam."

Jill Foltz said her family has been "overwhelmed" by the support offered nationally and in Nebraska.

Hahn announced his hometown as "Small Town, USA" in recorded introductions, echoing the words of Foltz from past seasons.

Nebraska coaches wore patches with the SF27 logo Saturday. The same emblem will adorn the Huskers' helmets all season.

In April, 27 student-athletes at the school will be presented with the Sam Foltz Hero 27 Leadership Award. 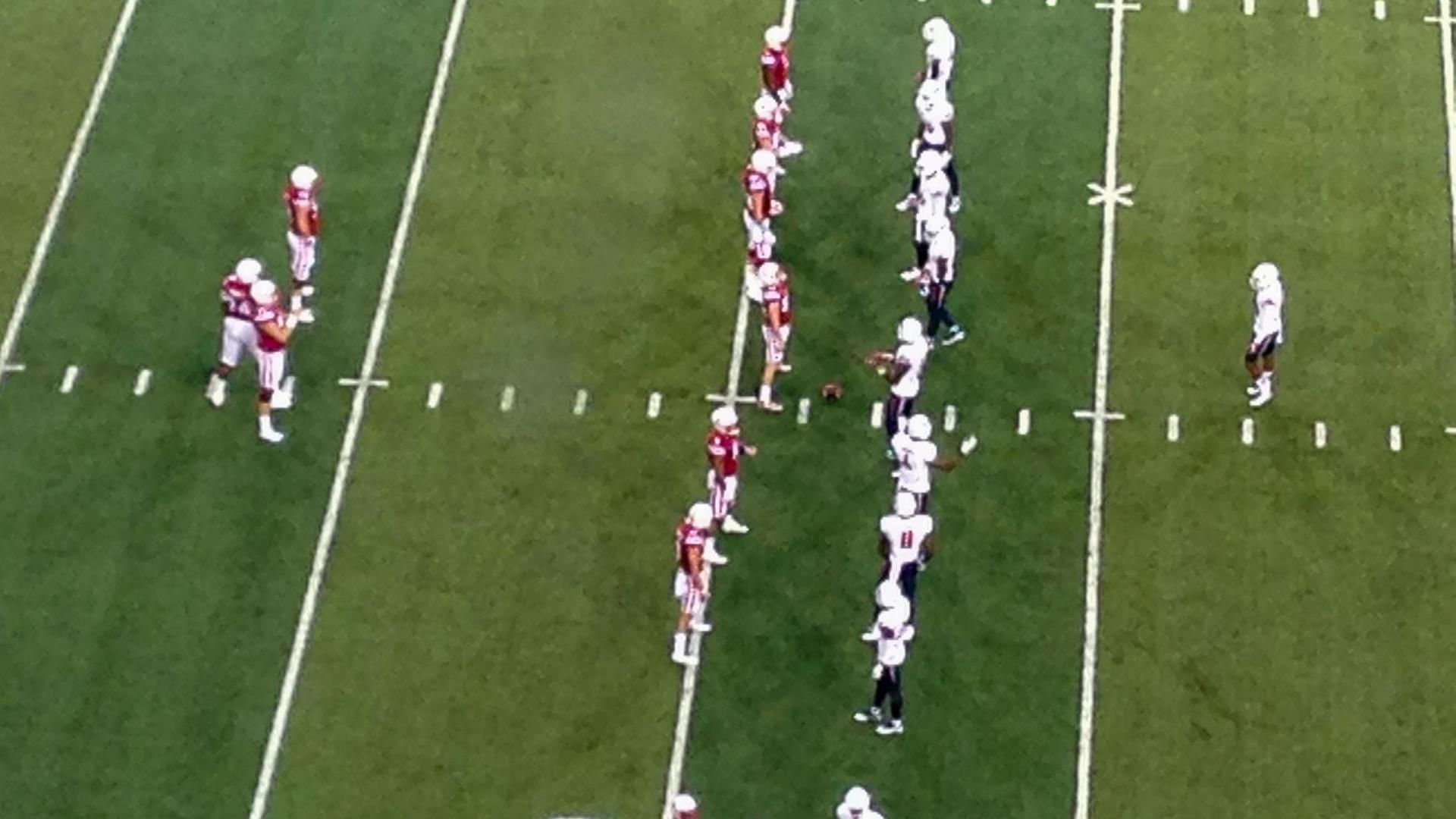